Santa Claus from Pennsylvania forced to hide their tattoos 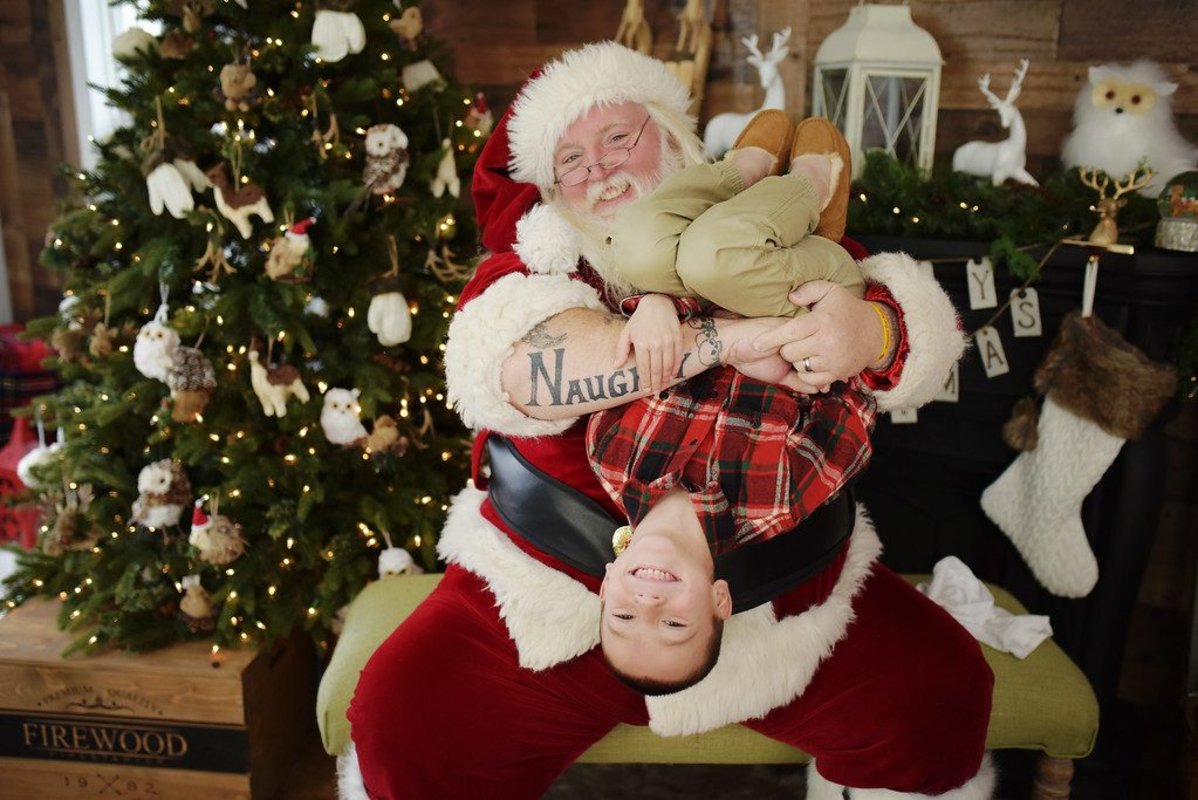 For the past 15 years, Scott Daytorn from Pennsylvania (USA) has been working as Santa Claus , delighting children and adults with his tattooed forearms. Santa’s left hand is decorated with the word Nice (Obedient) , and the right hand with the word Naughty (Naughty) . I must say that the founders of the Keepers of Dreams , which was released in 2012. In it, Santa Claus played a major role and was decorated with just such tattoos. This example of modern Santa Claus tattoos is not a single one: it Hipster Santa tattoos from Portland ; and the Santa Claus from São Paulo confirms with his appearance that nothing human is alien to Santa Clauses .

And also Santa Claus from Pennsylvania named Scott Daytorn loves to turn children upside down, especially naughty ones, at photo shoots, which makes them indescribable delight. Such photos become truly memorable and emotional. However, the local company Cherry Hills Programs , which organizes entertainment Christmas programs, decided that such behavior of Scott Daythorne is unacceptable and dishonors the honest title of all Santa Clauses in the world. He was told to stop turning the children upside down and close his tattoos .

Now, the company mentioned is the only thing that removes the angry comments left by fans of Tattooed Santa from their social media pages. Scott Daytorn himself did not comment on the incident, but his 24-year-old daughter spoke for him: “They want to make my father stop fooling around and hide their tattoos. However, no one will ever be able to force him to hide his big heart and the sincere pleasure he receives from working as Santa Claus . ” 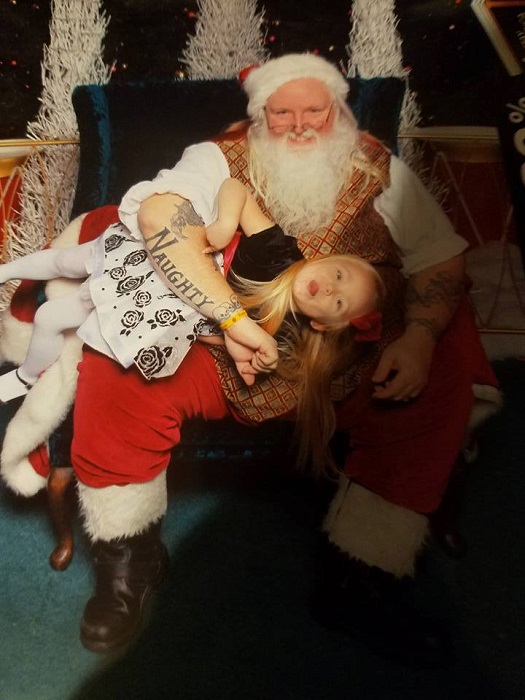 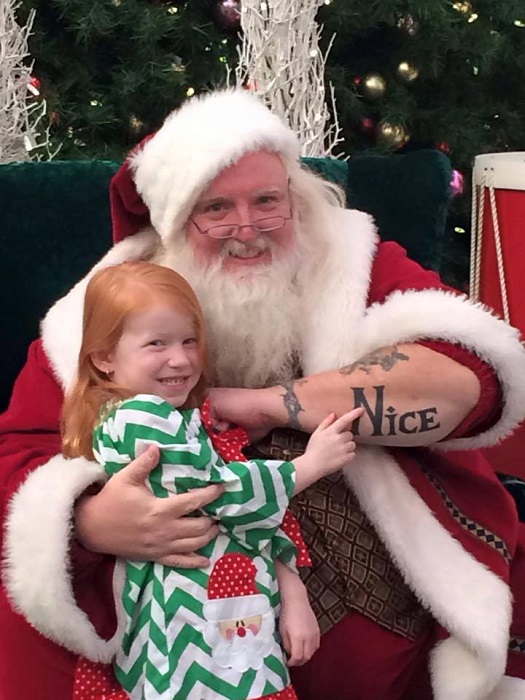 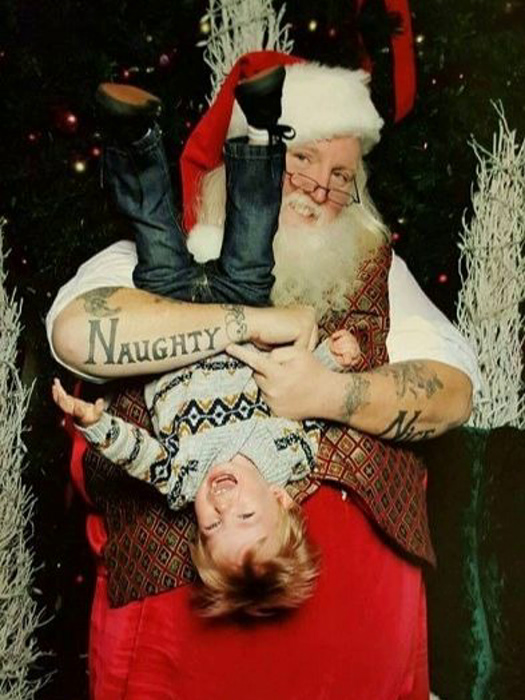 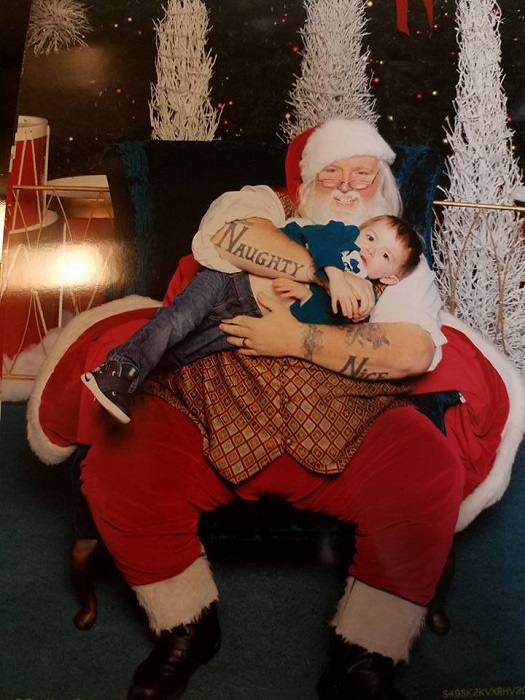