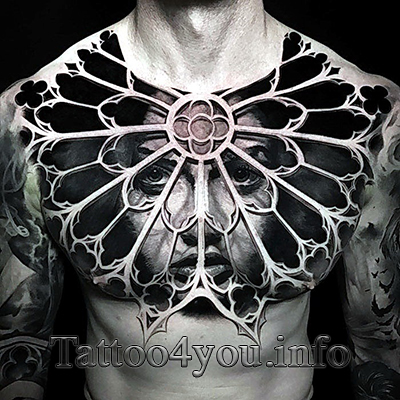 Some tattoos are particularly striking. At the top of the list of eye-catchers is the 3D tattoo. You can get tips and inspiration here.

Tattoos strengthen our personality and create identification. They tell stories or symbolize our attachment to things or people. In addition to the watercolor tattoo, another trend has recently emerged: the three-dimensional tattoo, in short 3D tattoo.

In animation, 2-D animation is also known as traditional animation. The name “2-dimensional” is given to this form of animation because of the drawings used; flat, 2-dimensional art works. These drawings have two dimensions; height and width. 3-D is a term used to describe art and animation that uses a third dimension; depth.

The difference to normal, two-dimensional tattoos lies primarily in the shading. The motifs are designed by the design so that a 3D effect is created, which ensures that the tattoo is perceived as protruding from the body.

In some cases, it also looks as if the tattoo breaks through the skin inside.

Depth can also be thought of as distance. This third dimension tells the eye how much space exists between an object that is close to the viewer, and an object that is further away. It is this dimension that gives 3D animated characters their “rounded” look. 3D art uses lighting and shading, shadows and blur to create the life-like effect. Shadows haven’t been used in tattoo designs for long; it’s only been in the last few decades that tattoo artist have taken tattoos into this third dimension.

To create a 3D effect, tattoo artists need to add highlights to the design. These are areas of “high light” or shine. Shading is used to create a rounded effect, and shadows are added to add depth and distance to the tattoo design. 3-D tattoos don’t necessarily need to be photorealistic. As long as they have convincing lighting, shading and shadows, a 3D tattoo can be a cartoon or fantasy character. This 3D effect can even be used in artistic tattoos, to give a sketched design the appearance of being shaded with a pencil, or a painted tattoo design the effect of shadows being added with a paint brush. A butterfly, for example, is ideal for small tattoos that you can consciously show or hide. Again, the shading ensures that it looks like a real butterfly is sitting on your shoulder. 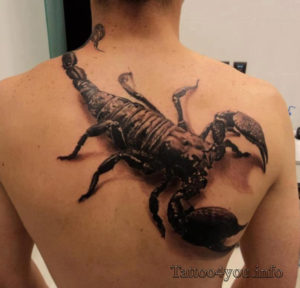 The subject of a 3D tattoo has as much meaning as it would if it were depicted in 2D. For example, a 2-dimensional design of the Mayan calender would have as much meaning as a 3D tattoo design of the Mayan calender. The only real difference in the symbolism is that because of the life-like effect of 3D, the 3D design would have the added symbolism of being more “real” to the tattoo owner. This is because 3D tattoo designs defy the traditional ink-on-skin effect of tattoos, instead giving the illusion of being a part of the human body.

3D tattoos are ideal for creating optical illusions. A tattoo artist can use 3D techniques to “remove” part of the skin and expose the muscles and tendons inside. The same technique can be used to expose an extraterrestrial interior or robot interior. These tattoos aren’t just cool to look at. They also have a deeper meaning. Revealing the inner muscle is a symbol of inner strength. To reveal a robot in clues that a person is either questioning their own humanity or viewing themselves as a machine. Alien offal could symbolize a feeling of distance from the world or the feeling of not being identical with other people.

Lighting and shading make the design appear rounder with highlighted areas appearing to be closer to the viewer.
It creates an impression of the distance. Adding shadows, not only to the subject but also to the skin is telling the eye how much space exists between an object and skin itself and that gives an impression of something/an object sitting on top of the skin.

This techniques can be also used to create an optical illusion of ‚’removed’’ parts of the skin to reveal muscles, tendons, or other robotic like parts.

Geometric patterns and dotwork designs can be used to create a 3d effect and also to alter the body’s perceived size and shape. Making it appear wider or narrower and sometimes even concave or convex.

To the point, where artists can create convincing, photo-realistic optical illusions on their clients’ skin.

It takes incredible skill to master such difficult techniques on an elastic, curved surface like human body, that stretches, moves and wrinkles.

There are now many online platforms on which you can have your own motif made. There you can choose a tattoo of your choice from designers, which you can then have a tattoo done by you as a template in a tattoo studio. How cool!

The best 3D tattoos in our gallery