Boycott of the “School of Tattoos” Discovery Channel 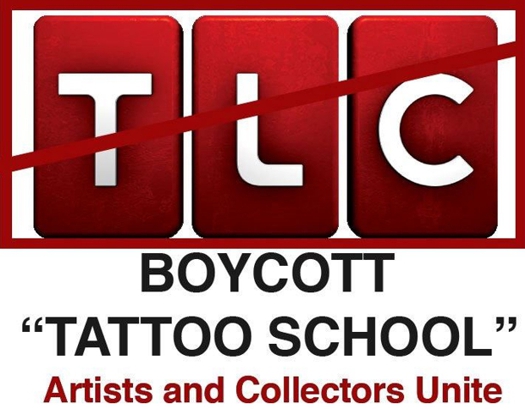 “Lose weight in 10 days! Get $ 5000 daily! Get pumped up in a week! ”Are examples of advertisements whose only meaning is to capitalize on the stupidity and ignorance of the audience. And now it happened – learn a tattoo in two weeks !

The Tattoo School is launched on July 14, 2011, a reality show on Discovery , with the above-mentioned advertising slogan. Why not become a heart surgeon in seven days ?

The global tattoo community has announced a crusade against this television series. It actively takes advantage of the specially-created Facebook page of the Boycott TLC’s Tattoo School Show , as well as stigmatizing and bad words for this whole television project.

It is worth mentioning that TLC is a TV channel from the Discovery family whose main target audience is housewives. And this is not an invention of the author of this news item, but an excerpt from the official press release of the TV channel.