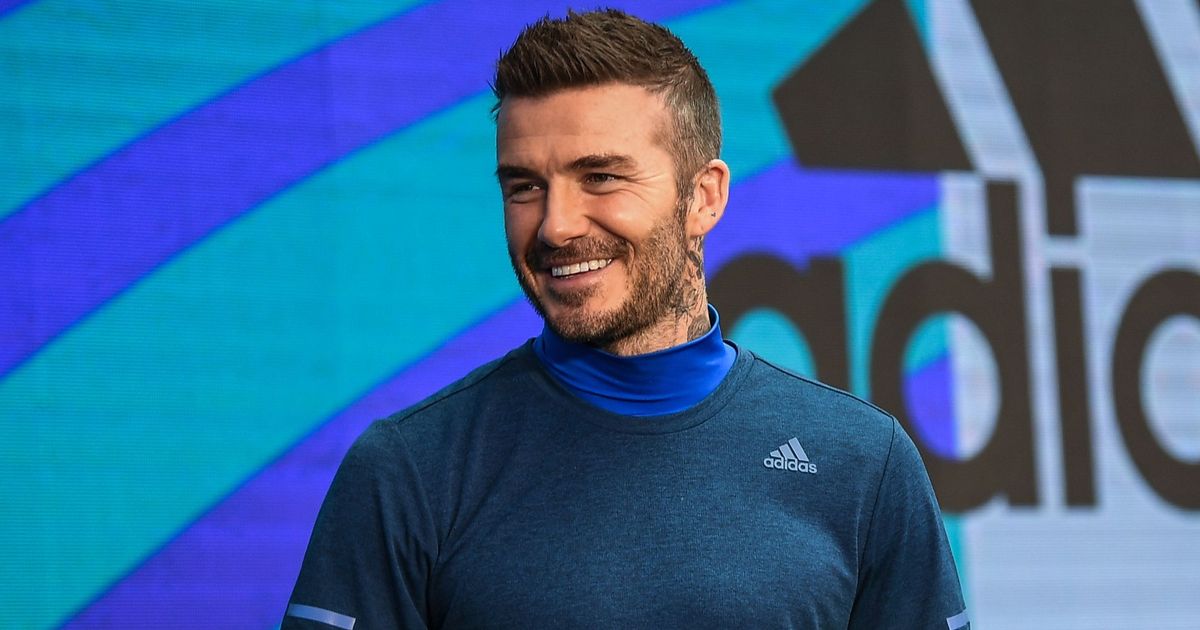 David Beckham has ignored the timeless expression ‘wear your heart on your sleeve’ — and has opted to wear his on his ear instead. The 43-year-old Instagram star has showed off some fresh ink on his already heavily tattooed body — with a tiny black heart being added to his left ear. Former footballer Dave showed off the new addition to his body at his latest Adidas launch in Guangzhou city, China. The inking is so tiny, many might be forgiven for thinking his wife, 44-year-old Victoria Beckham, could have smudged some mascara on his ear by accident — but no, it is a real design.

Dave has a high number of tattoos covering his body — with many being scribbled onto his head and neck — while others coat his arms. The star — who has fallen from favour in recent months following brattish behaviour about not being knighted in leaked emails, to making unsavoury comments about Welsh beauty Katherine Jenkins, to getting away with speeding — has some interesting reasons for some of his many tattoos. When his fourth child, Harper, was born in 2011, he got a brand new tattoo to celebrate his daughter — her name etched onto his lower neck. He later added to this to mark Harper’s fourth birthday — by adding the words “pretty lady” above her name — and then added even further by getting an English rose tattooed beside that.

He has a tattoo reading “Buster” in celebration of his oldest child, Brooklyn, and cherubs across his body to represent all three of his sons including Romeo and Cruz. Famous Spice Girl wife, Vicky B, is also commemorated in tattoo form in the style of her name and, cryptically, a swallow. While other tatts seem to be in tribute to himself — including the number 99 which was a memorable year for the star and is tattooed on his right hand pinkie finger. In that year, he married Victoria, won the UEFA Champions League with Manchester United , and welcomed eldest son Brooklyn into the world.