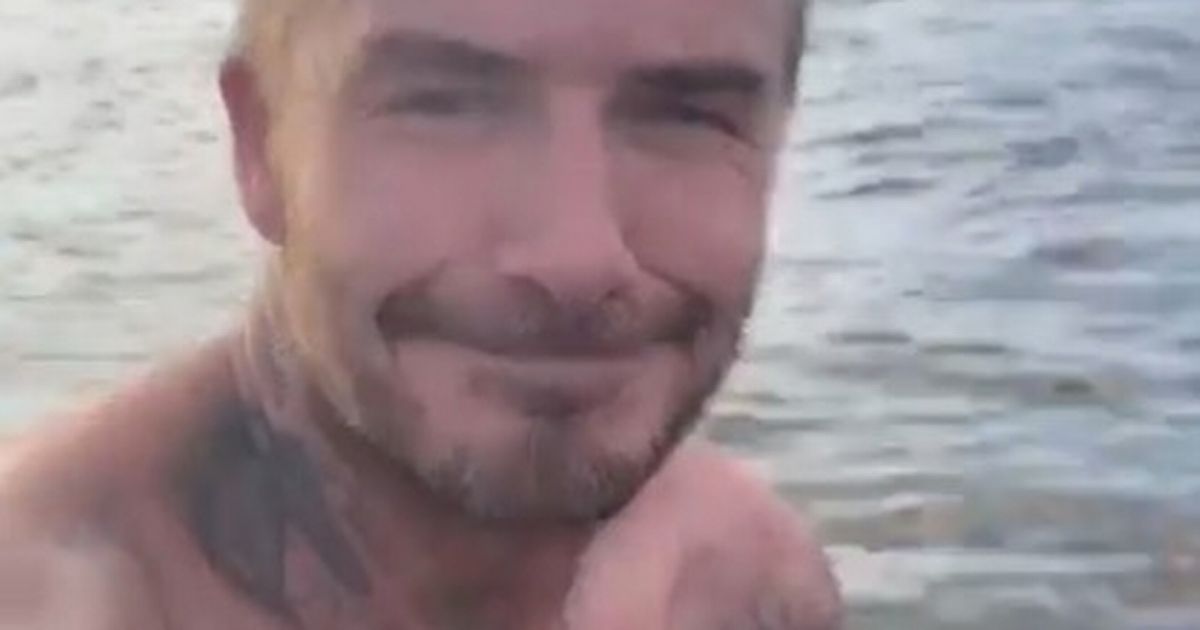 David Beckham showed off two new chest tattoos as he went for a dip in Iceland. The hunky footballer, 44, who is currently on a fishing trip with pal Guy Ritchie, gave fans an eyeful of his impressive six-pack as he jumped into an ice cold lake. And as he did so, he also debuted two new inkings – a crucifix in the centre of his chest and what appeared to be a sculpture. Shivering in the freezing water, David filmed himself and wrote: “Too damn cold”.

The former Manchester United star also shared a fully clothed picture in his fishing gear against the picturesque backdrop. The new tattoos add to David’s extensive collection, which appears to be ever growing. He gained a black heart on his earlobe in March, which fans suspected may have been a tribute to his fashion designer wife, Victoria. The footie star has honoured his family in many of his inkings. When his fourth child, Harper, was born in 2011, he got a brand new tattoo to celebrate his daughter – her name etched onto his lower neck. Read More

He later added to this to mark Harper’s fourth birthday – by adding the words “pretty lady” above her name – and then added even further by getting an English rose tattooed beside that. He has a tattoo reading “Buster” in celebration of his oldest child, Brooklyn, and cherubs across his body to represent all three of his sons including Romeo and Cruz. Famous Spice Girl wife, Vicky B, is also commemorated in tattoo form in the style of her name and, cryptically, a swallow. While other tatts seem to be in tribute to himself – including the number 99 which was a memorable year for the star and is tattooed on his right hand pinkie finger. In that year, he married Victoria, won the UEFA Champions League with  Manchester United  , and welcomed eldest son Brooklyn into the world.