Deported from Sri Lanka due to tattoo Englishwoman won the court 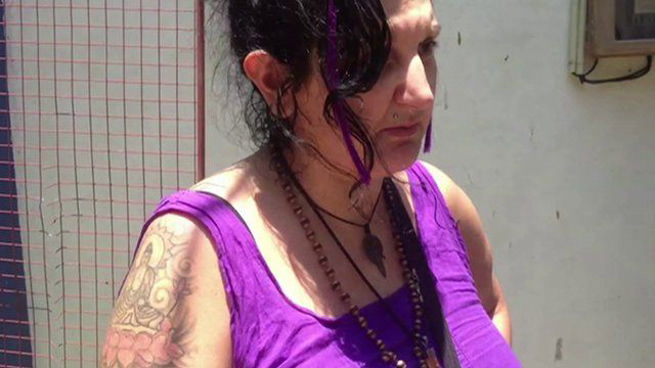 On April 21, 2014, on arrival at Colombo Airport (the capital of Sri Lanka ), , a British citizen , . According to the authorities, the reason for the arrest was that the tattoo on her right shoulder, depicting Buddha sitting on a lotus flower, allegedly offends the feelings of local believers. After four days in prison, she was deported.

Upon arriving home, Naomi Coleman appealed to the Sri Lanka embassy with a request to provide her with compensation for the disrupted vacation in the amount of slightly more than 4,000 euros. She was firm in her intentions and brought the case to court. Also, Ms. Naomi Coleman accused the police of actions that degraded her dignity.

At first, the authorities of Sri Lanka , where more than 70% of the population practiced Buddhism, stood firmly on their own right. They explained the need for deportation by the fact that Naomi Coleman, because of her tattoo, would have put her life in serious danger if she remained in the country.

But a few years after the incident, the Supreme Court of Sri Lanka issued a verdict — to pay Naomi Coleman , the required amount. In court, the plaintiff’s lawyer proved a violation of the laws that regulate the freedom of movement of citizens from other countries.

Interestingly, the amount that Naomi Coleman will receive will not be paid from the state treasury, but deducted from the salaries of the police officers who were involved in this case . «I’m happy? Yes! Will I return to Sri Lanka again? Probably not. I started all this only so that this would not happen to anyone else ” , — Naomi Coleman herself comments on the court decision.