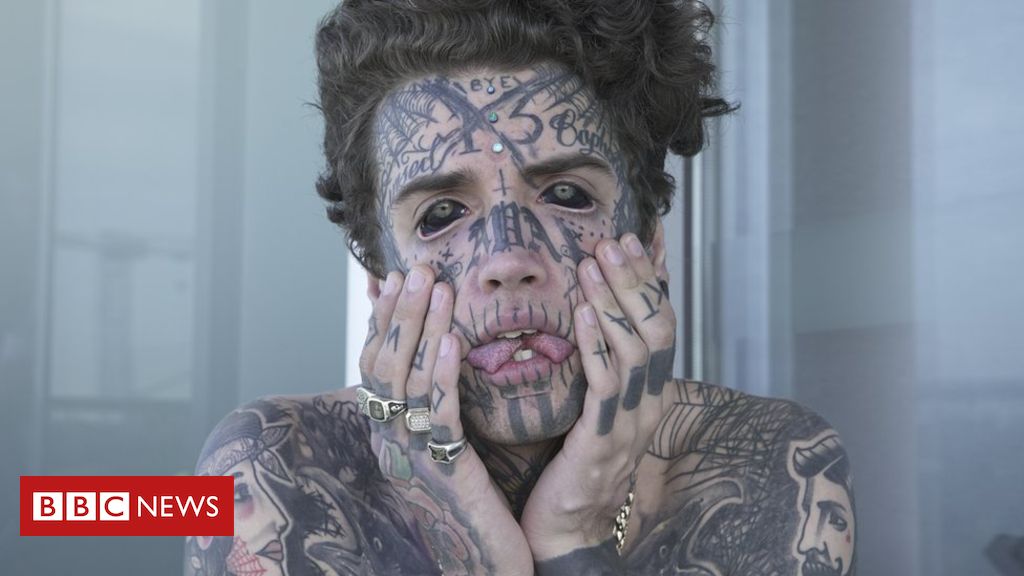 A heavily-tattooed internet star has taunted police in Australia from his Instagram account after a warrant was issued for his arrest.Police are seeking Ethan Bramble, 23, over assault-related offences.Mr Bramble has denied any wrongdoing in regular updates to his social media, where he also left provocative messages for police.The model labels himself the «world’s most modified youth», and has a forked tongue and tattoos all over his body.Mr Bramble has previously appeared in television interviews in Australia due to his unusual appearance.This week, in response to the police warrant, he wrote: «Nananana you’ll never catch me» on Facebook.’I tattooed my face so I couldn’t get a normal job’
Tattoos ‘never too late’ for older body art fans
In another instance, he replied to a police Facebook post asking for the public’s help in locating him, writing: «I’ve never once seen him in my life.»Similar messages were posted on his Instagram account, where he has over 200,000 followers.

In their description of him, police said the 23-year-old was known to frequent inner-city Melbourne. They have not provided further details about the charges he faces.»He has tattoos to 98% of his body, including his face, his eyes have been tattooed black and [there are] gouges approximately 10cm (4 inches) in diameter in both earlobes,» police said.On Thursday, Mr Bramble told his online followers that the warrant was due to a misunderstanding over an altercation at a bar with his ex-girlfriend.

He also claimed to have «sorted out» the misunderstanding with police and said that he was now a «free man».However, Victoria Police confirmed on Friday that a warrant was still active for his arrest.The fashion model, who has a baby son, has previously explained his appearance by saying he «enjoyed the different look of things.»He told Australia’s Network Ten on Thursday that his case had attracted attention due to the way he looks.»If I wasn’t who I was, this wouldn’t be the media circus that it is,» he said.