Tattooing, as an art form, has been around for centuries. Tattoos were once used to protect the wearer while also symbolizing a spiritual connection with the gods. Tattoos are powerful, evocative, attractive, and mystical. 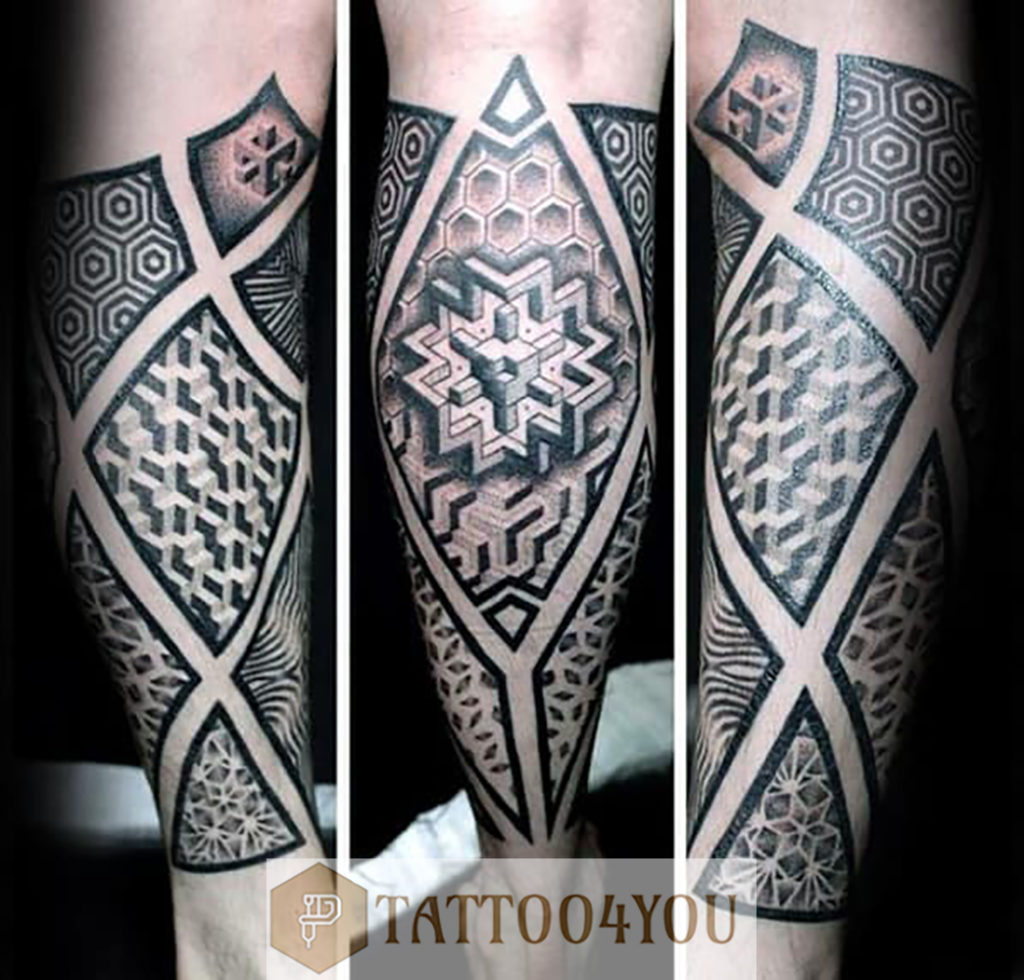 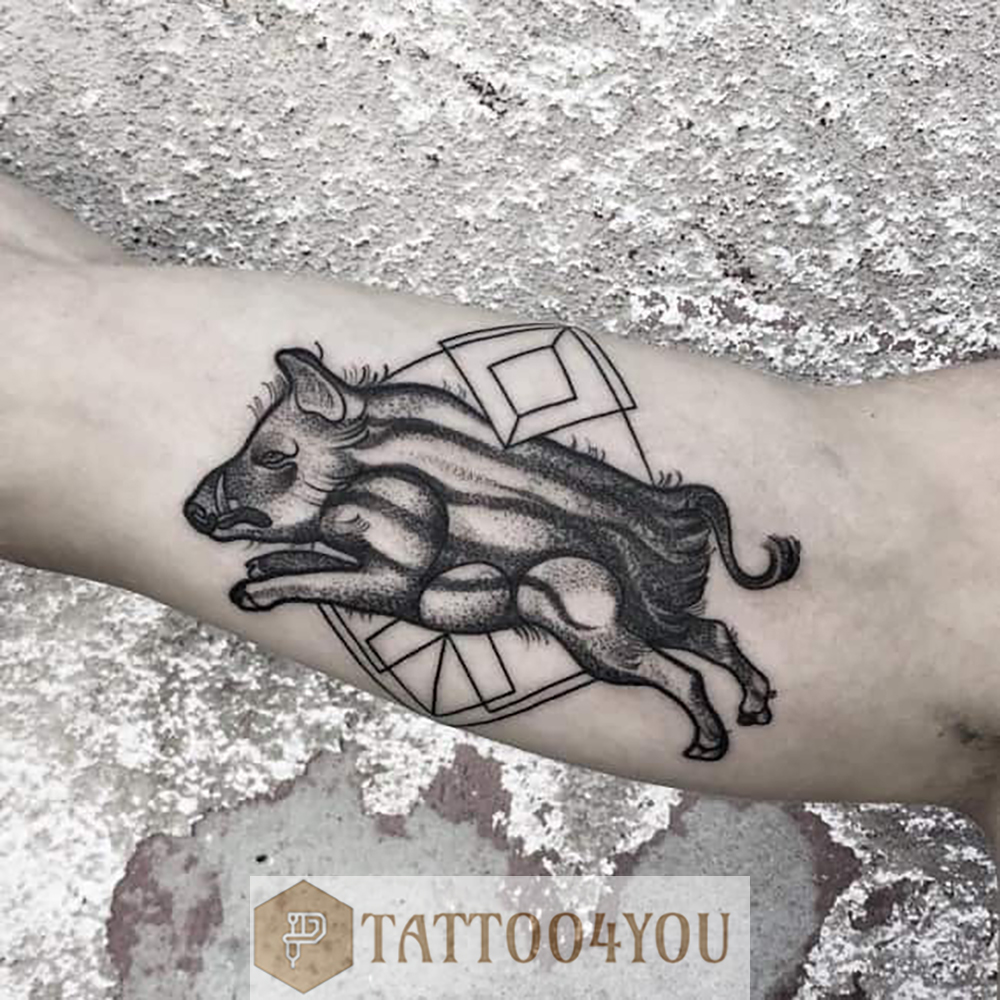 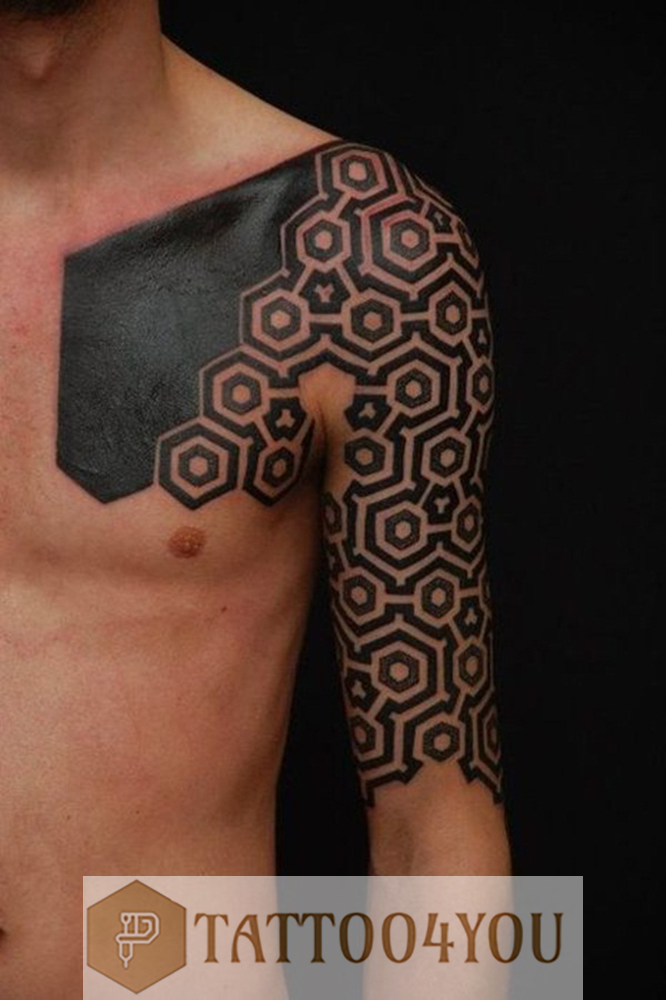 Sacred Geometry is possibly the most exciting recent trend in tattooing culture, given its departure from what most people consider a typical approach to tattooing, i.e figurative works. Dotwork tattoos have been steadily growing in popularity over the past decade or so, but the absorbing of such tattooing techniques into a methodically-planned system in the form of Sacred Geometry is something which is truly taking flight in the here and now. That being said, in actuality this is far from a recent phenomenon, and this is a big part of its significance and appeal. It’s said this tattooing tradition dates back to the time of the Pharaohs. Geometry has been drawn upon to provide knowledge for millennia too – architecture, for instance, is based on geometric visualising.

Sacreed Geometry tattoos are placed enticingly on the cutting edge of advances in tattoo aesthetics as a whole, and much of its symbolism is cloaked in in mystery for those outside the subculture. The subtle nature of these works make these tattoos consistently enthralling. In a purest sense, it involves complex systems of shapes and forms related to religious iconography. Given its intricate and historical nature, interpretations can vary strongly enough between different Sacred Geometry tattoo artists around the world, however there are two particular common motifs in this field of expression that comply closely across the board, and these are the best ways to delve into the meanings of Sacred Geometry tattoos. 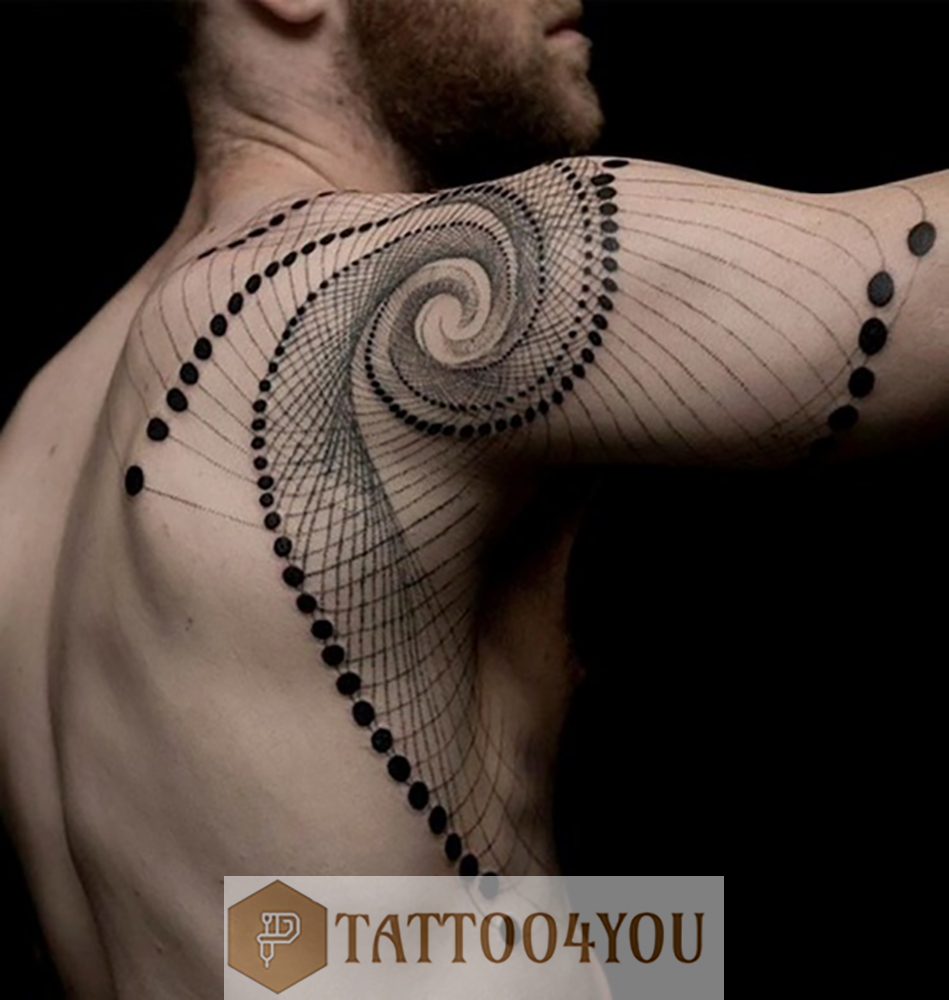 Tattoos that are created with geometric shapes usually mean something or are trying to make sense of something. It is hard to understand it in any other way. Geometric tattoos often are used as a sacred ritual because their intended goal is to show you a path to understanding. Each individual part of the tattoo has a meaning, a theme that can be considered before the entire image can then be understood. By adding geometric shapes to your tattoo you are giving the design building blocks of knowledge, you are building perspective and perception.

These designs are not only building blocks to knowledge but they also can be incredibly inspiring designs. Just make sure that you have a talented artist at your disposal because when it comes to a geometric tattoo it has to be precise and exact or the tattoo will always look “off” to you. 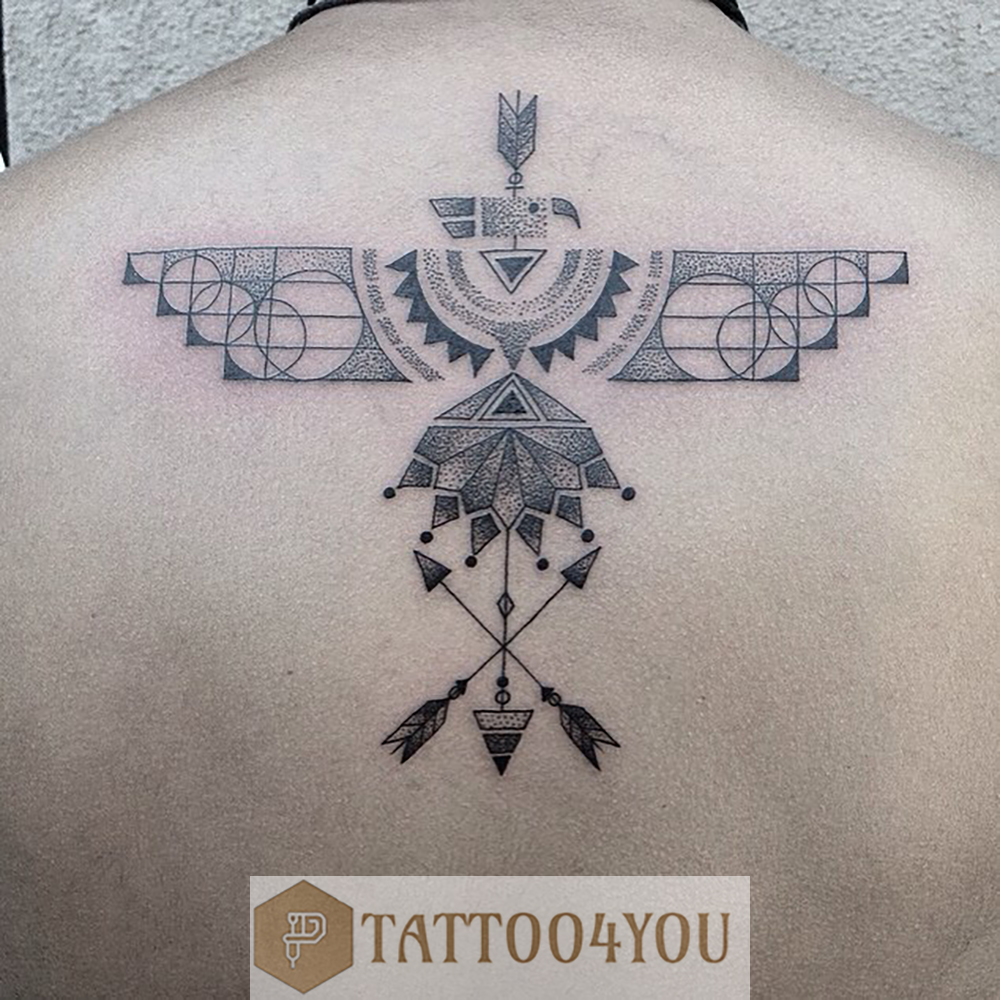 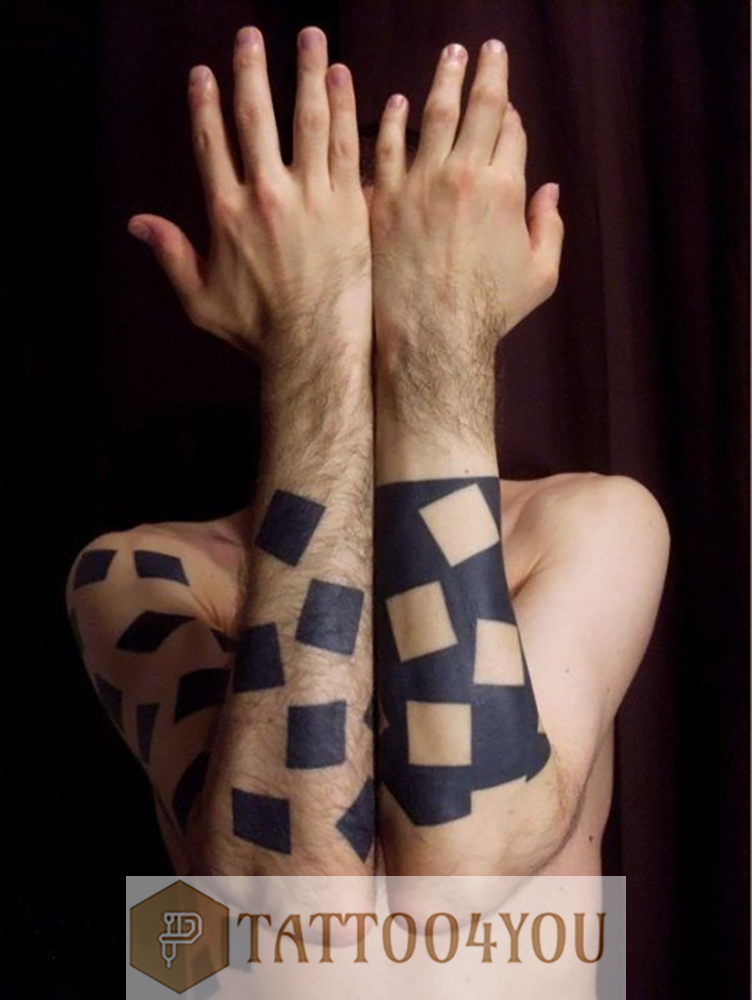 The shapes that are chosen in each design mean something different. The tetrahedron always represents fire while a cube will represent the earth. If you choose designs that have icosahedron’s that signifies your water while octahedron’s represent the air you breath. Your spirit always comes in the shape of an dodecahedron. Many people believe that if you have these symbols tattooed over your body that they will bring health and healing to your body.

The symbols balance things out bringing perfect harmony to your body. No surprise then that these types of tattoos have been used like amulets to the body. People believe that geometric tattoos have magical qualities to them that can be used to heal. By putting it on the body you are becoming closer to the spirituality that you are looking for. These ideas have been brought into contemporary times and are becoming an interest for a lot of people.

The Most Common Types of Geometric Tattoos

This is the primary symbol within Sacred Geometry, and something which has fascinated artists, architects, designers and philosophers going back to ancient times and has been drawn upon to explain formulas for the cellular structure of humans and animals, as well as to ward off evil spirits. The flower of life, as a symbol which is seen all over the world, can also have an immensely personal significance.

On its most basic level, a mandala is a circle contained in a square, but within Sacred Geometry tattoo art there’s a baffling range of designing flair and reinventions constantly taking place. Traditional Hindu and Buddhist cultures viewed the circle as representing community and circularity of ideas, whereas the square represents solidity. Together, they display the harmony of these concepts. Symmetry, both in design and in theory, is hugely important in Sacred Geometry. Mandalas are sought after tattoos as they represent this sense of profound balance in the universe. What’s more, Sacred Geometry tattoos do involve mathematically preparing the design, so these tattoos are an acknowledgment of the complex world of ratios and various mathematical patterns which can be used to shed light on the mysteries of existence.

Metatron’s Cube is a variation of the flower of life. This is a shape that was commonly celebrated by Eastern and Western religious groups and was also incorporated into designs in temples, altars, religious monuments, and churches.

Deer or stags are the most common subjects of this tattoo. Sometimes, the tattoo artist will create a silhouette or picture of an animal comprised of tiny shapes. This could look amazing on a person’s skin.

Those who don’t prefer huge designs could get this tattoo – No matter how small it is, it can still stand out thanks to the beautiful patterns surrounding it. These geometric tattoos don’t have to come in black-and-white – You can add just one pop of color, or even a whole rainbow of colors. A colorful geometric pattern tattoo is sure to look amazing on you.

This geometric tattoo is suited for nature lovers. The shell tattoo, especially the nautilus tattoo, creates perfect symmetry while giving off a natural yet unique look at the same time. Much like the deer, the shell is another favored subject when it comes to geometric tattoos. A shell is known to be a semi-static example of a fractal, and is a constant reminder that everything in nature is pretty much scale-able. The shell, much like human beings, are just a tiny part of a much bigger kind of equation.

Geometric sleeve tattoos do exist, and they come in plenty of awesome patterns as well. Throughout different portions of the arms, a tattoo artist can build a beautifully harmonious design that is sure to compliment whatever other kind of tattoo you have on your body. Geometric sleeve tattoos contain loads and loads of detail that you just want to know where it starts and where it ends. 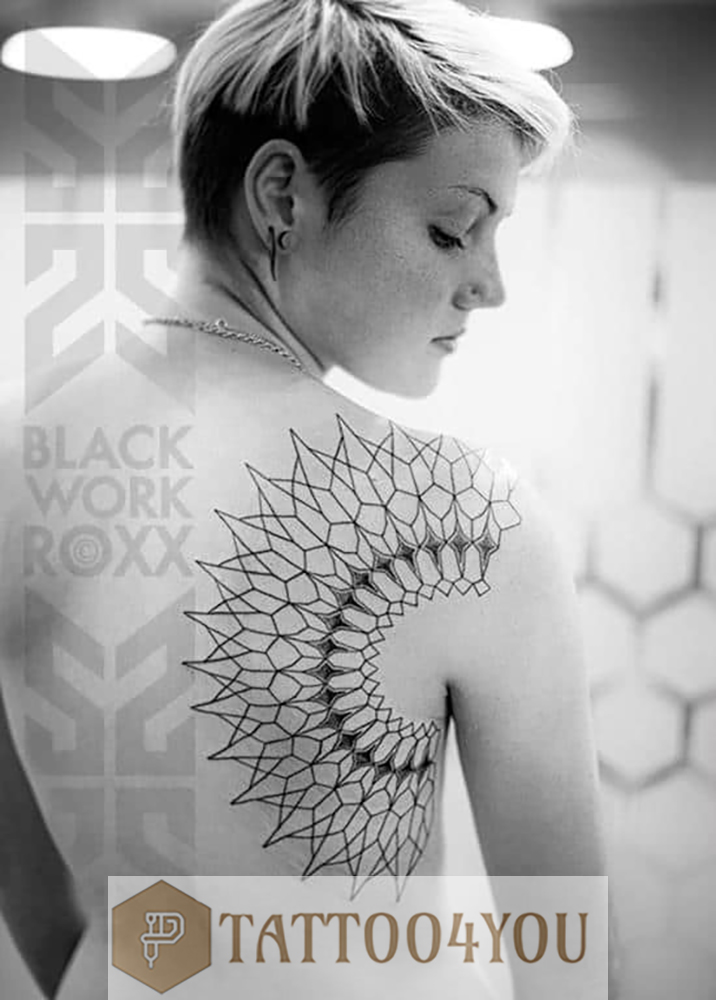 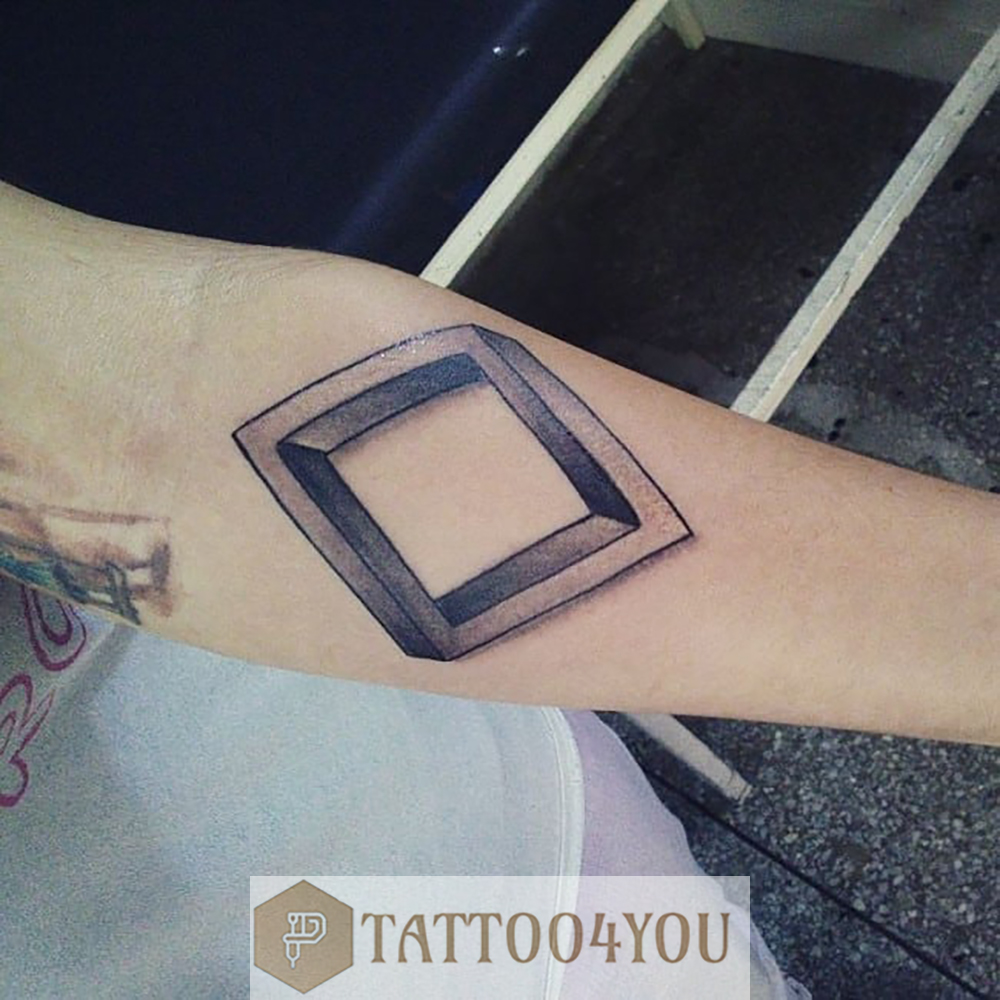 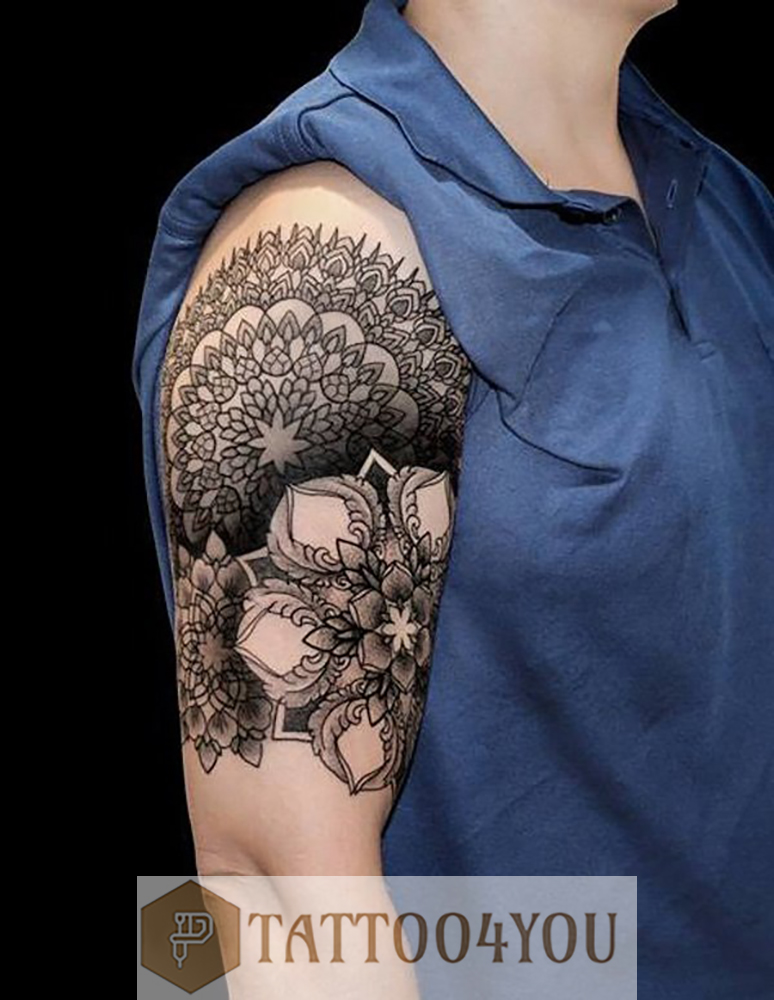 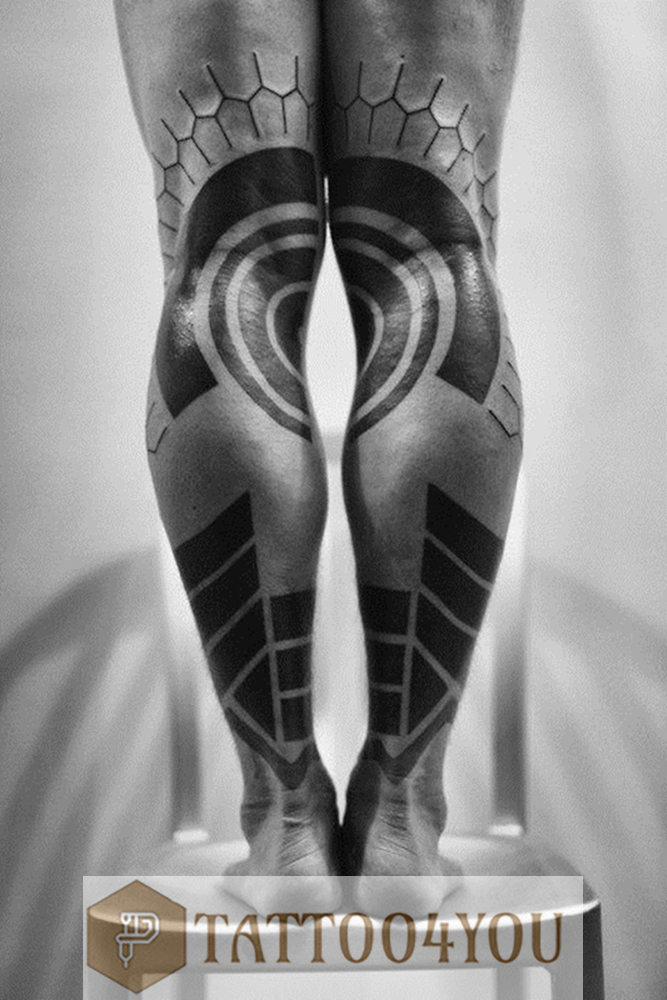 The variety of concepts that can utilize geometric designs and patterns is limited only by the creativity of the individual and the talent of the artist. From fine line work that is reminiscent of schematics and wiring diagrams, to out of this world cosmic scenes, geometry can be utilized to enhance almost any design.

The tattoos here demonstrate the variety and versatility of this popular trend, but even they are just scratching the surface of what is possible with geometric designs.

Geometric tattoos come in many color palettes and designs. This can go from the completely abstract, to a different kind of interpretation of a famous image. These images are frequently used as a type of entertainment, a point of reference for an artwork, or even an inspiration for something. No matter what kind of intentions a person has with geometric tattoos, all of them will surely look great in the end.

A geometric tattoo deals with several lines or geometric shapes that come together to form an even bigger shape. Geometric tattoos can come in the form of leaves, lines, stars, and a host of other patterns. Most often, tattoo artists use black ink to create these types of tattoos. The reason why everyone likes them is because of the fact that you can pretty much do anything with these lines and shapes. These tattoos are perhaps one of the tattoos that people don’t regret getting. It’s pretty much safe to say that geometry is slowly taking over the world of tattoo art. But although they look beautiful, getting these tattoos can be quite risky thanks to our body’s shapes and curves. It takes a highly skilled tattoo artist to create geometric patterns on the skin. 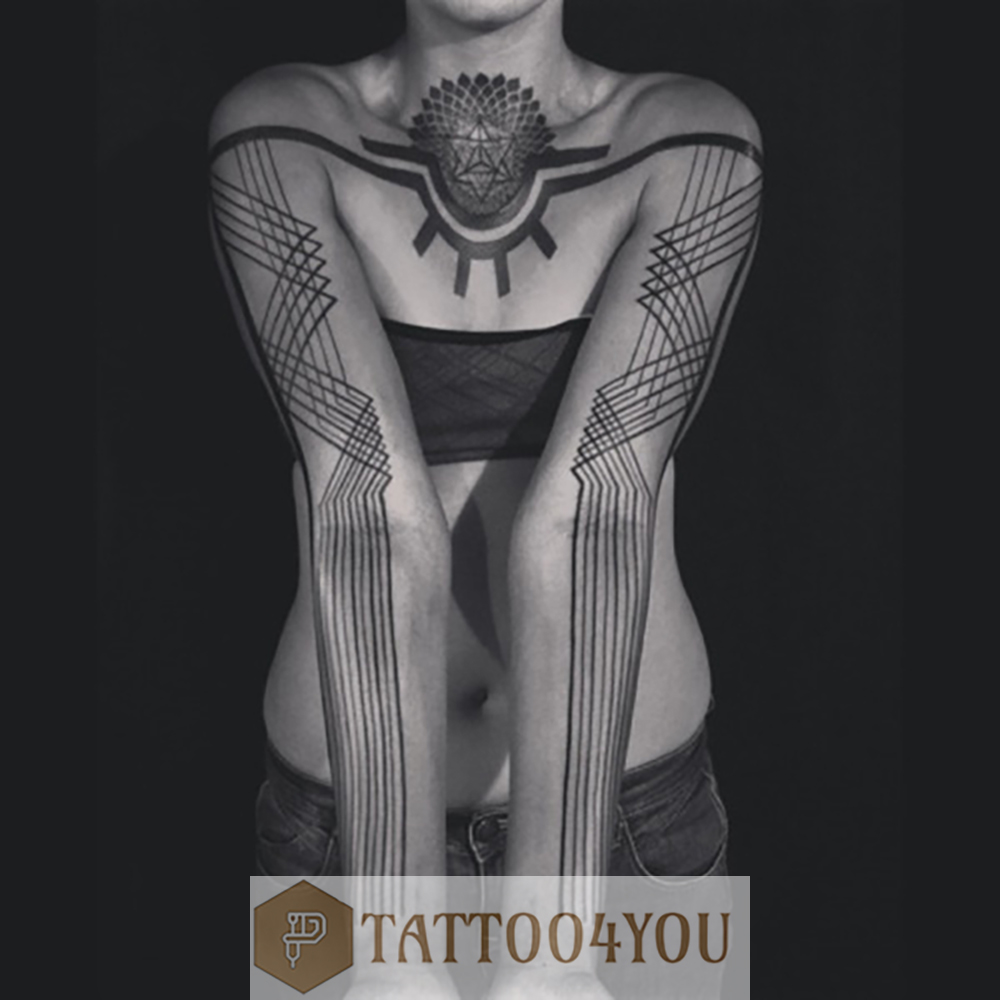 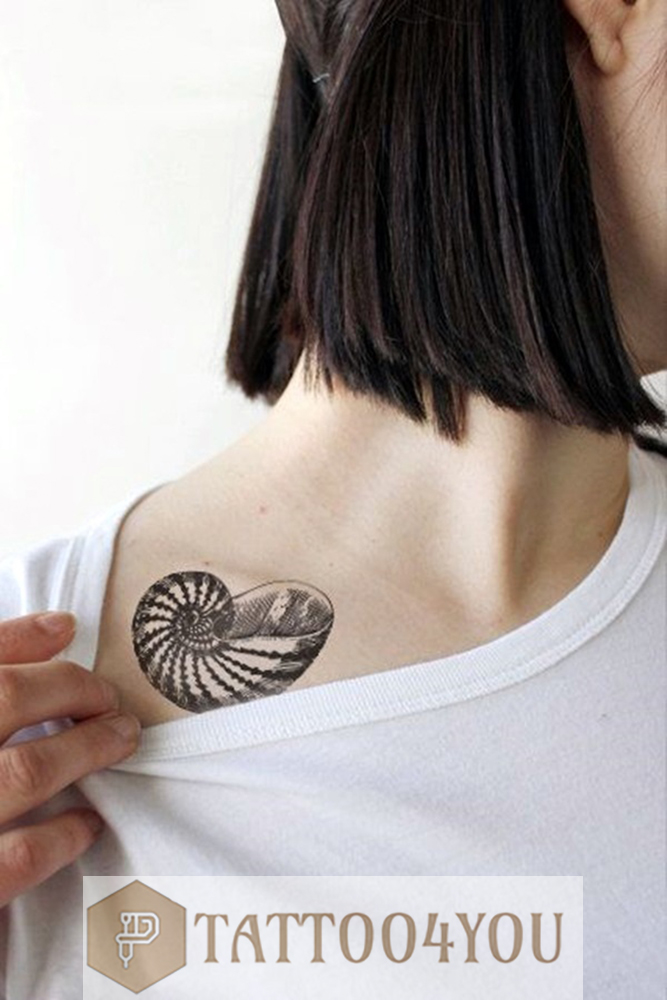 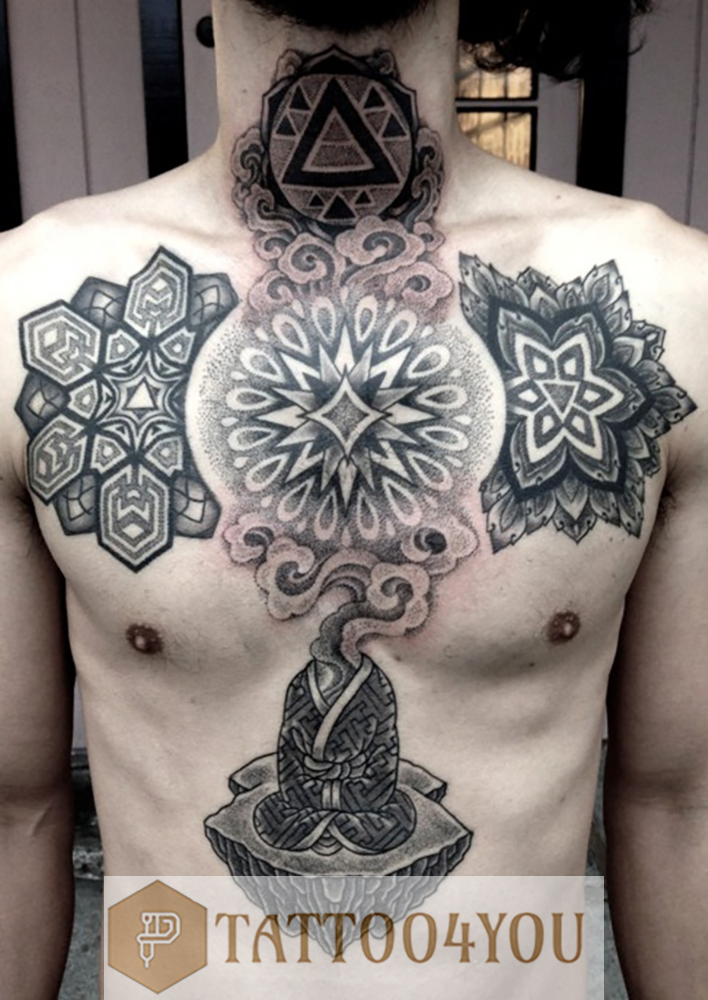 Another determining factor on how your tattoo will look is how thick or thin the lines are in the tattoo. There are many different ways of doing that tattoo depending on whether you are looking for a bold look or not. For those who want something bold and vibrant can choose from a range of colors and even consider getting a 3D design.

There are tattoos you can do for fun but there are also geometry tattoos that are considered sacred and they are also gaining in popularity. These geometry tattoos are completely symmetrical and use many geometrical shapes like squares, triangles and circles. They mingle them together to create incredible designs.

If getting a geometry tattoo is what you really want, then make sure you have a talented tattoo artist. It’s not your every day tattoo and there’s a certain degree of perfection that is needed to complete a geometric tattoo because it is put together using lines and dots. If there is even the smallest deviation to the element of lines and dots the whole design could be affected and that’s not what you want when it’s permanent. When it comes to a geometry tattoo you want it to look perfect so be sure about not only the artist but the design you choose as well.