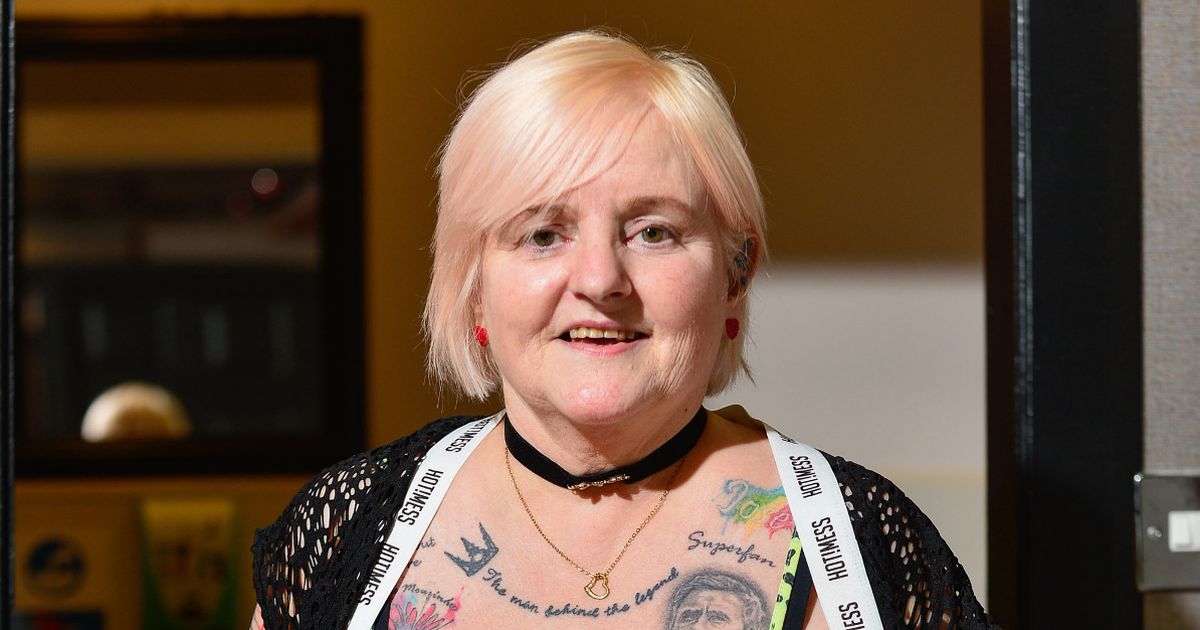 A British gran with 37 tattoos of Jose Mourinho says she’ll become a Celtic fan amid reports her idol has been offered the Parkhead job – and is already planning to get inked to celebrate. Devoted Vivien Bodycote, 61, has switched teams to support her hero before, and after years of following Chelsea abandoned the club to support Mourinho at Manchester United . But she was sickened by the way the Special One was treated by United when he was sacked in December, and is now preparing to follow her idol’s career north of the border, amid reports he has been offered the job of Celtic manager. Vivien, who has 37 tattoos dedicated to Jose – including one of him wearing a Santa hat, and a Valentine’s Day design – says she can’t wait to start following the Hoops.

She is already dreaming up a new tattoo – and thinks a lucky clover and the words ‘welcome back’ could be in order if Mourinho does indeed make the switch to the Scottish giants. The gran-of-four lives just outside Leicester but switches allegiances to football teams, depending on which one Jose Mourinho is managing. Vivien said: “I’m already planning my tattoo. It might need a little bit of thought. I’ll go online and research the club so I get it exactly right. It will be a massive ‘welcome back’ from me. “A clover could well be an option – maybe a clover with ‘welcome back’ in some form – and another portrait is a possibility.

“Football is not the same without Jose.” Mourinho has been tipped to replace Neil Lennon as Celtic gaffer after Brendan Rodgers left to manage Leicester City earlier this season. And Vivien thinks the Portuguese manager could put a stop to hot-headed antics on the pitch. She said: “There’s some very hot-headed Celtic players, but I think there will be a good bond, a dressing room bond, where they will show respect to Jose.

“Obviously there’s a lot of egos there, but I think they will welcome Jose as their manager. I will be shopping this week for Celtic stuff to wear.” She watched with a mix of horror and delight as United’s hopes of qualifying for the Champions League were dashed on Sunday as they drew with Huddersfield . Vivien said: “I watched a bit of it with the hope they wouldn’t win. I’m a firm believer that Jose will have the last laugh. “I hope a club like Celtic will give him the respect he deserves.”

Every morning Vivien and husband Tony, 78, check the internet to see whether her hero has found a new job. She won’t be getting inked until the news is officially confirmed, but Vivien enjoys ‘quirky’ tattoos, such as an Easter egg on the back of her leg with Mourinho’s face, and the words ‘eat me’. Vivien added: “I absolutely love Jose, and I think something unique, a bit different from club logos, could work. “I will be a Celtic supporter, there’s no doubt.

“Tony doesn’t mind – every morning we have a cup of tea then before we do anything, we look to see if Jose is employed or not. “We are both saying now that matches are so boring, there’s nothing to watch – Man United are so scrappy, they are not playing well. “I will be shopping for Celtic stuff this week, my colour scheme will change, with earrings and jewellery. “I’m absolutely made up.”