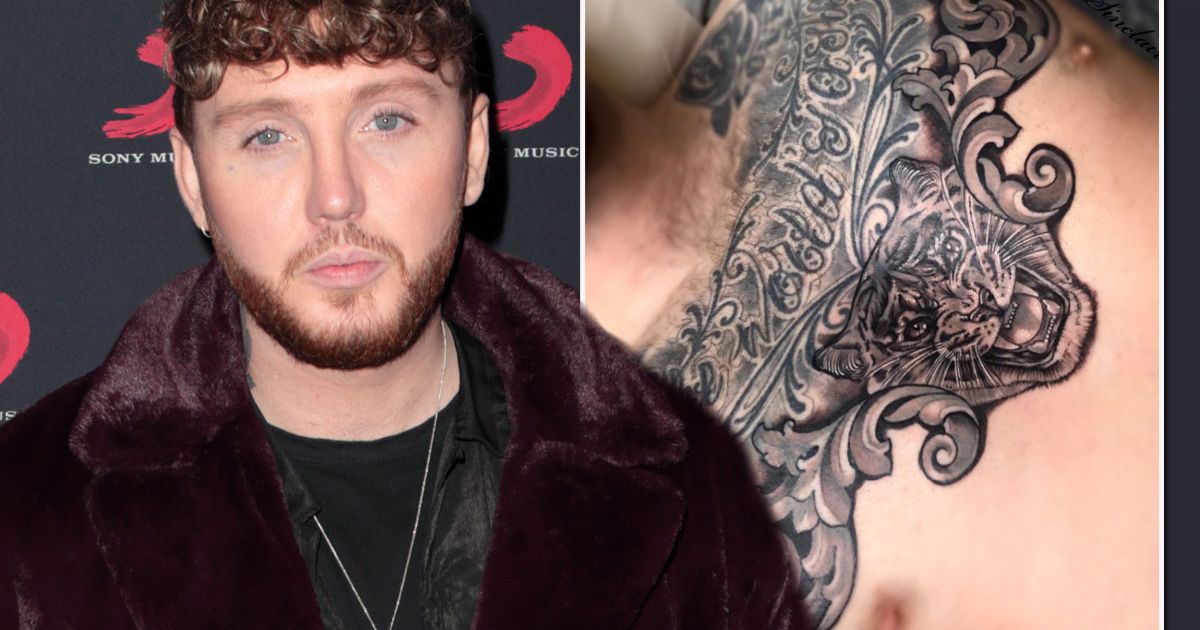 James Arthur unveiled a brand new tattoo on Tuesday, despite admitting he regrets all of his previous inkings. The X Factor winner, 31, opted for a bold design on the front of his chest, which featured an intricate etching of a tiger roaring. The stunning design slots underneath Arthur’s previous inking, which is a quote from William Shakespeare, that says: “[All the world’s a stage”. The Empty Space singer’s tattoo artist Clara Sinclair shared the inking on her Twitter page, and gushed about how friendly the singer was when he came in for his appointment. Read More

“Finished this up on the lovely @JamesArthur23 yesterday. “The proof is in the puddin, you can be at the top of your craft and still be an awesome, down to earth human,” she wrote. “Thanks for the trust and the great banter.” James replied: “Look forward to doing more with you! You’re the women to go to for great tattoos and great vibes 🙂 ! And great cats!”

His pledge to get more tatts from Clara comes after he previously told BANG Showbiz he regretted “every single one” of his tattoos, and wished he didn’t get them. The singer has even previously had laser tattoo removal on some of his more prominent inkings. James used to have an owl on his neck and a tear drop on his face, but got them removed in the hope he would be able to move into acting. “I really want to do acting and don’t want to be typecast because of my tattoos,” he told the Daily Star at the time. Do you have a story to sell? Get in touch with us at  webcelebs@trinitymirror.com  or call us direct 0207 29 33033