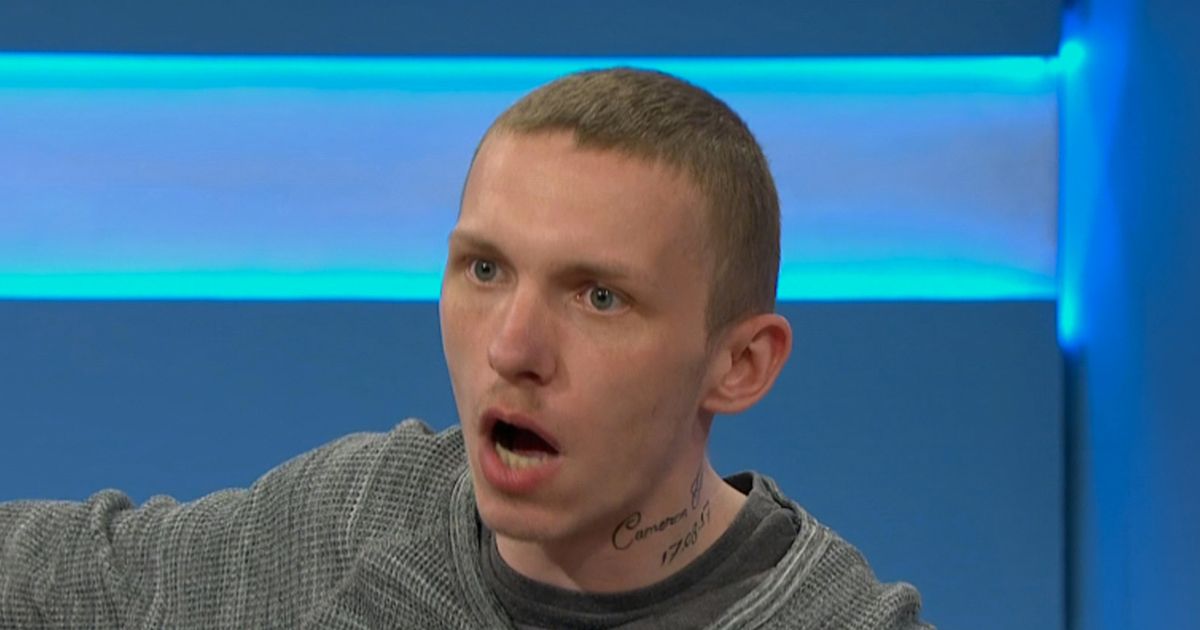 A man who admitted to cheating on his pregnant girlfriend with at least two other women revealed he didn’t know his own son’s birthday… despite having the date tattooed on his neck. Appearing on The Jeremy Kyle Show today, Tom’s ex Tasha (nicknamed ‘Big Tash’) and her boyfriend claimed that he didn’t support his son Mckenzie. Tom’s other lovers Courtney and Little Tash appeared on the stage to defend him. The cheater, whose lack of gnashers attracted attention from viewers online, was then grilled by host Jeremy on why he never saw his son. Big Tash’s mum yelled out from the audience on what the date was on his neck.

“I don’t know, I can’t see without my glasses,” Jeremy said. “Tom, what does it say? What is the date of the birth?” “28th… I don’t know, I haven’t got a clue,” Tom said as he trailed off. Jeremy was stunned as Big Tash’s boyfriend yelled out that he didn’t even know his son’s birthday. “I don’t know most birthdays, is that alright with you?” Tom drawled back. But Jeremy was incredulous as he exclaimed: “You don’t know your own son’s birthday but it’s on your own damn neck?!”

Jeremy blasted him for being an idiot and viewers were also left raising their eyebrows. One tweeted: “So Tom don’t know the date of the birth of his child yet it’s tattooed ! What a loser #jeremykyle.” While another commented: “He looks like he would struggle with a kinder egg let alone remember his child’s birthday. #jeremykyle.” Tom later explained to Mirror Online he didn’t know his son’s birthday as he “wasn’t good with dates.” *The Jeremy Kyle Show airs weekdays at 9.25am on ITV