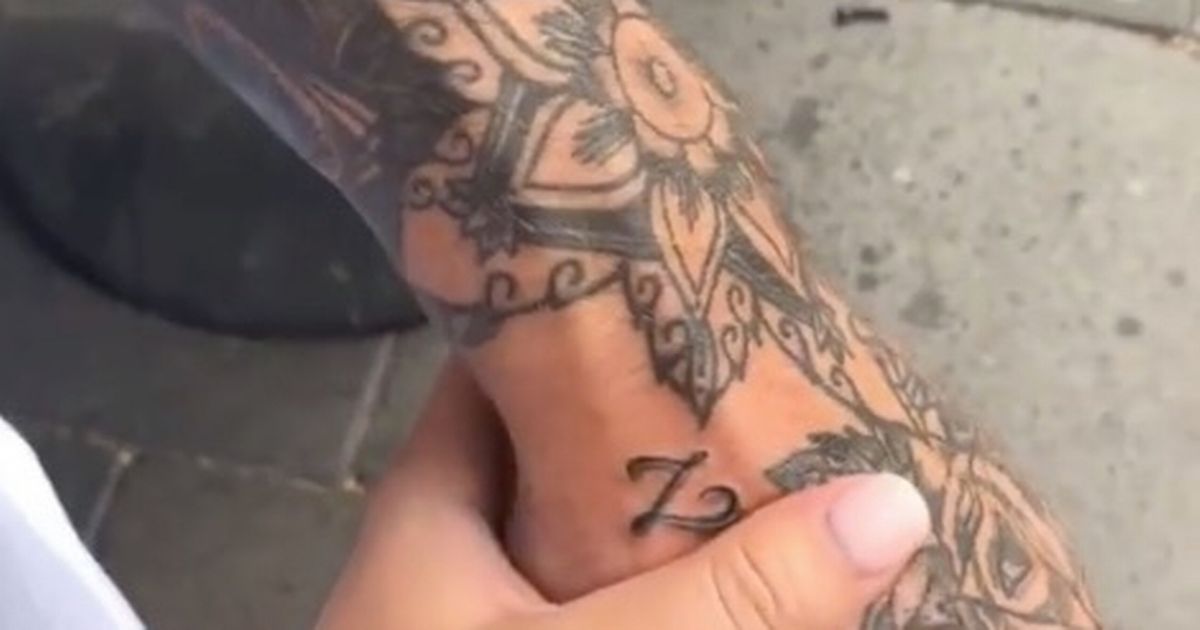 Adam Collard finally cut his last tie to ex Zara McDermott as he opted to get the tattoo dedicated to her removed. The 23-year-old got a ‘Z’ tattooed on his hand after just weeks of dating, in honour of his then girlfriend. However, he has now opted to cover it up, with his pal Wes Nelson sharing a video of him in a tattoo parlour while on an LA holiday. “What’s going on here Adam?” Wes teased, as he shared footage of the reality TV hunk’s tribute getting inked.

While it is not clear what the tattoo is going to say, as Wes filmed, the artist appeared to be turning the ‘Z’ into an ‘N,’ and had added another ‘N’ and the letter ‘I,’ in front of it, so the inking read NIN. The Love Islander is still to release a glimpse at the finished product. The tattoo trip comes as the boys are enjoying a lads holiday in America, alongside co-stars Jack Fowler and Sam Bird. Over the last few days the boys have been sampling the delights of LA with trips to Venice Beach and Muscle Beach, among other tourist destinations.

Adam and Zara seemed loved up before their surprise split
However, it didn’t remain boys only for long, as Wes’ rumoured new girlfriend Alicia Roddy turned up in LA hours after him. The Dancing On Ice star is reported have started dating the Instagram model just weeks after splitting from long-term girlfriend Megan Barton-Hanson. A source told The Sun: “Although it’s early days – they’ve been inseparable and they’re having a great time together.” They added: “Lissy’s the reason Wes was so adamant he wouldn’t be getting back with Megan. She is absolutely stunning and he’s one very happy man.” Wes and Lissy are said to have met at a fashion party in Dublin earlier this year.