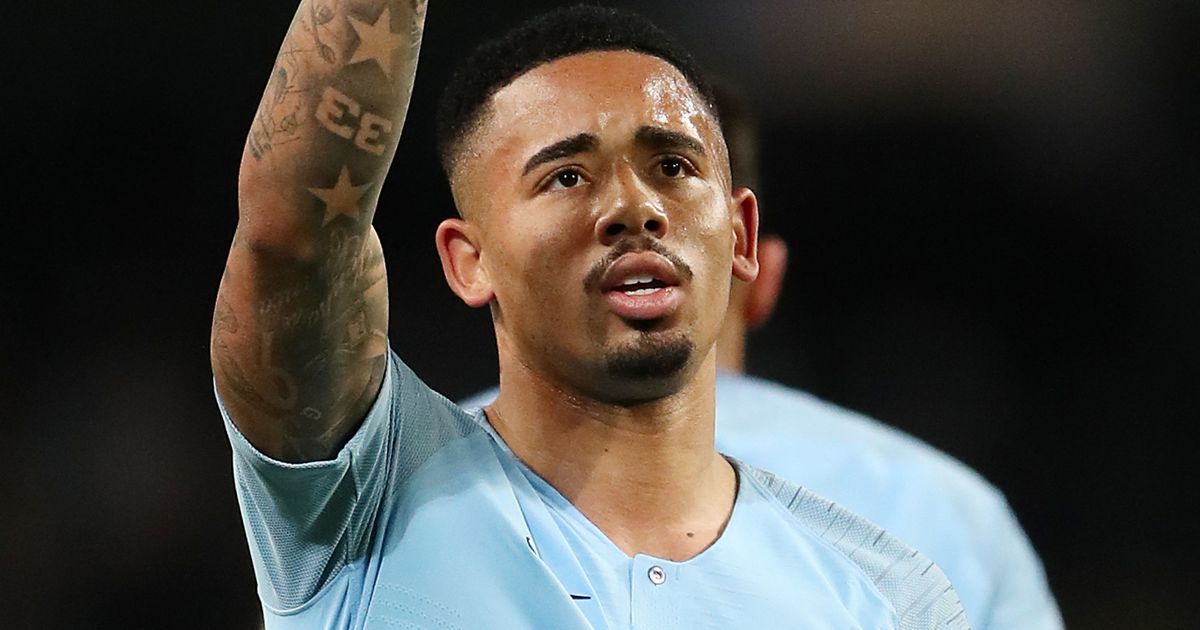 Gabriel Jesus has promised to get himself a permanent reminder if Manchester City win the Champions League this season — a new tattoo. The Brazilian striker has turned his body into a work of art to capture his journey from the favelas of Sao Paulo to the great football stadiums of the world. And he will go under the needle again if City lift the European Cup for the first time in Madrid on June 1. City have been installed as favourites after the quarter-final draw paired them with Premier League rivals Tottenham . Should they win that tie, they will face Juventus of Italy or Dutch side Ajax — who ended Real Madrid’s bid to win four Champions Leagues in a row — in the last four. Read More

And Jesus said: “If we win the Champions League, then I think I will have to get a new tattoo because it is such a big competition. The tattoos I have now are about my life – and football is my life, so, of course, I would like something to remind me of the Champions League. “I have won the Premier League in England and I won the Brazilian championship with Palmeiras. I didn’t get tattoos for those – but I have a tattoo for winning the gold medal for Brazil at the Olympics in Rio and I think one for the Champions League would be good. “I’d be happy to one day run out of skin because I want to win all the titles. That’s why I say football is my life.” The 21-year-old has the five Olympic rings tattooed on his wrist, and a portrait of his mother Vera Lucia inked on to his shoulder. He also carries a tattoo of former Palmeiras team-mate Tininho, who was shot to death, aged just 16. Read More

Jesus was on the scoresheet as City sent a shiver through the rest of Europe by beating Schalke 7-0 on Tuesday night for a stunning 10-2 aggregate victory. Manager Pep Guardiola insists that this Blues team is still too inexperienced at the sharp end of the Champions League to go on and lift the trophy in Madrid, but Jesus would love to prove his boss wrong. He added: “Pep is an experienced guy and I am young, so I won’t say anything against him. We just want to win all the games.”