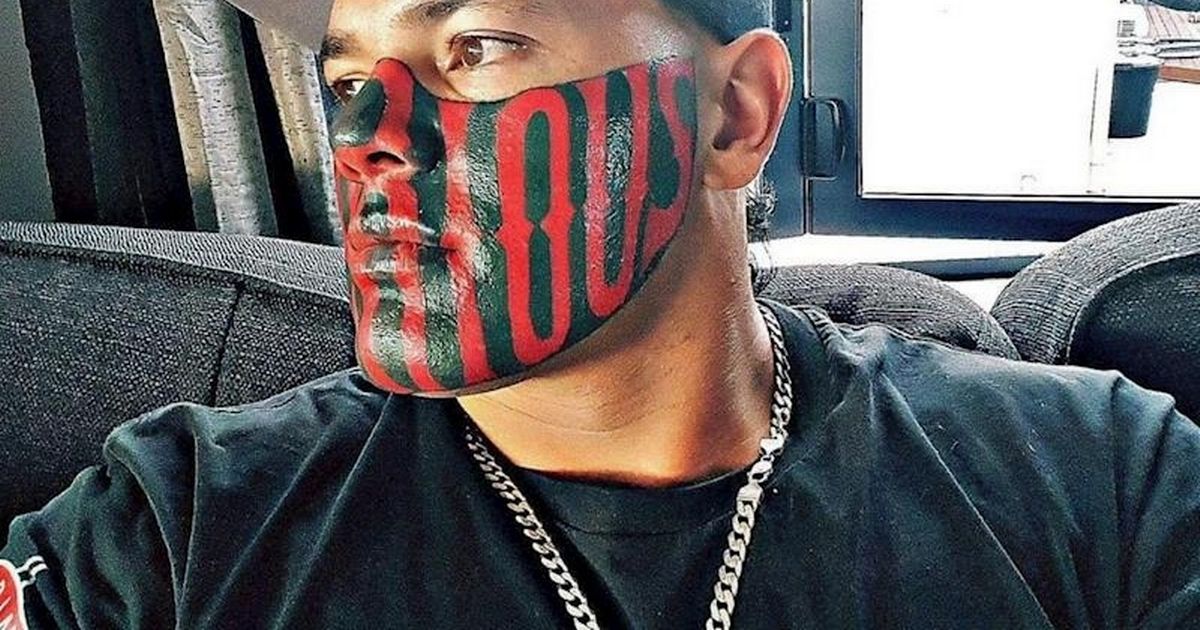 A man with the word notorious tattooed across his face is asking the public’s help to pay for his education. Puk Kireka can’t get a job after his second stint in prison, but has vowed to turn his life around. Mongrel Mob gang member Puk is said to be on a better path. The father of three now plays rugby for Tamatea in Napier, New Zealand but is struggling to land a job. A crowdfunding page, set up by the 31 year old’s wife, is asking for people’s cash.

Wife Waiora Tareha said: “Help Puk on his path to his dream job by supporting him with his education, course and study fees so that he is able to obtain his Cert, Diploma and Bachelors degree in Sport and Exercise Science to become a Personal Trainer.” Earlier this week Puk was mocked by American rapper 50 Cent who posted a picture of Puk with the question: “What the f… is really going on man. I wonder why he can’t get a job?” His post gained more than 300,000 likes from his 23.3million followers. Speaking to Hawkes Bay Today in New Zealand, Puk said:  “I’ve proved to be an inspiration for other mobsters throughout the country.

“Since they have read about my lifestyle change on Facebook many have been in touch asking about my fitness programs so they can follow them.” He added: “I know it will be hard to get a job with my tatts. I will always be a mobster but it’s important to show we can have better lifestyles. “I want to bring some of the others on board this better lifestyle.”