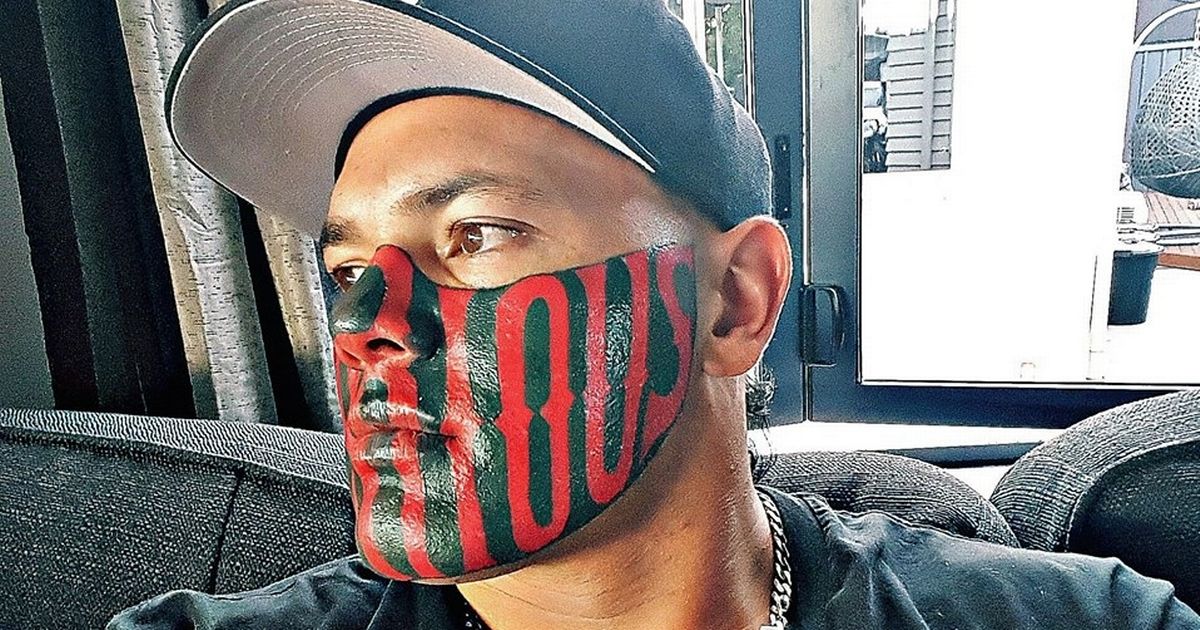 A self-confessed mobster with a massive red and black gangster tattoo slapped across his face has admitted he’s struggling to get a job. Puk Kireka, who has been in and out of jail for crimes relating to violence and extortion and been part of gangs, got the distinctive inking last year. The tattoo is the ‘patch’, or logo, of the Mongrel Mob gang in Napier, New Zealand. And the 31-year-old says he has struggled to get a job because of the huge inking. “I know it will be hard to get a job with my tatts,” the dad-of-three said. “I will always be a mobster but it’s important to show we can have better lifestyles. “I want to bring some of the others on board this better lifestyle.”

Puk has been out of prison for five years now and believes rugby and a new attitude has helped transform his life. He started playing the sport last year but claims spectators have blasted the tattoo. One reportedly said: “What’s that mobster doing on the field … he’s giving our code a bad look.”

Nevertheless, the man has lost 31kg since taking up rugby. Puk became a mobster in 2008 when he was 20, which led to the two prison stints. He is still in touch with some of the gang members. “A lot of them are still drinking and smoking. While they aren’t getting into much trouble they are still ruining their lives with their lifestyle,” Puk told Hawke’s Bay Today.

“I’ve proved to be an inspiration for other mobsters throughout the country. “Since they have read about my lifestyle change on Facebook many have been in touch asking about my fitness programs so they can follow them. “Basically I just wanted to get healthy … look good and feel good.”