Mum dumped after microblading treatment leaves her with ‘four eyebrows’ 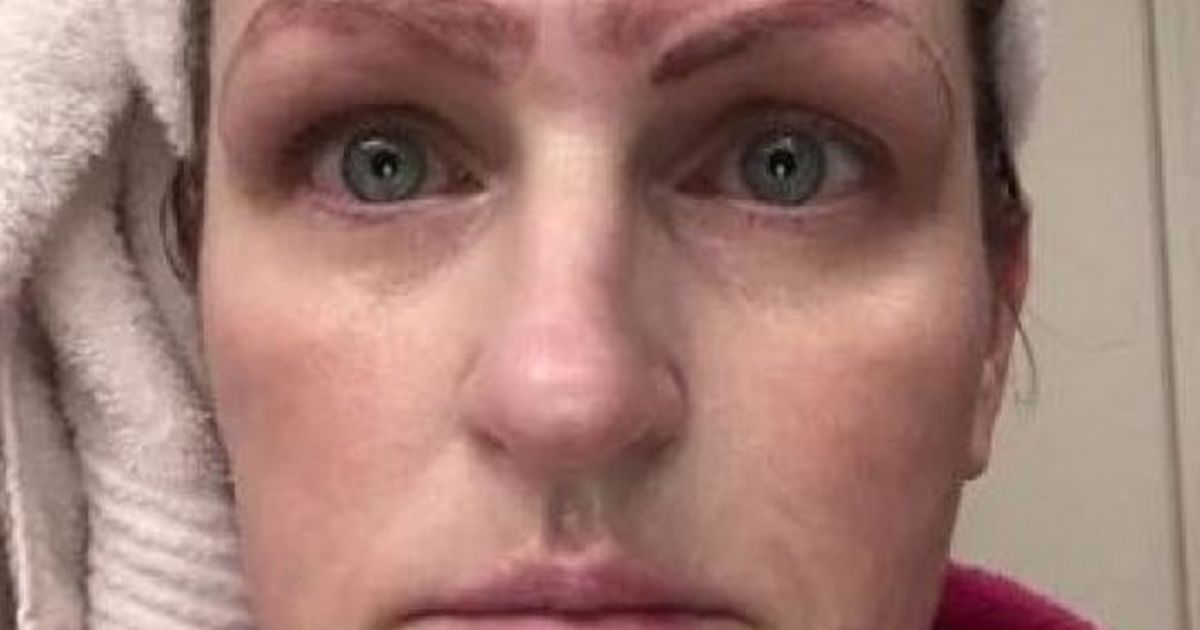 A mum-of-three has told of her devastation at being dumped when dodgy microblading left her with «four eyebrows». Jami Ledbetter underwent the tattoo procedure after being given a $250 (£191) Groupon voucher from her daughter. The 42-year-old was overjoyed at the prospect of finally having eyebrows after being born without them. However the procedure ended in disaster — and instead of two eyebrows she was left with four. «I would never wish this on my worst enemy,» the distraught mum told WDAF. «What it’s done to my self-confidence, it’s been hard.

«I was devastated. I was even dating a guy, and he stopped dating me at that point.» Jami believed she was having a treatment performed by a ‘certified’ microblader, although the practise is unlicensed in her home state. But as soon as she saw the results she was appalled and only went to work and the supermarket for fear of anyone seeing her botched brows. She even tried to hide them with makeup before seeking the help of licenced tattoo artist Kara Gutierrez.

Kara was «shocked» and almost in tears when she saw Jami’s eyebrows. She said: «It took everything in me to hold back tears because this is the worst I’ve ever seen.» Kata has been using a pigment lightening solution on Ledbetter’s brows, which creates scabs where the brows have been tattooed on, and pulls the dark ink out.

Jami has been having treatment at eight-week intervals, and faces up to three more treatments – costing a total of $1,000 dollars – before her bad brows are gone for good. She said: «If I would have known it was going to turnout like this, I probably would’ve never done it at all.» The unnamed woman responsible for her look has reportedly gone out of business.