Watercolor tattoo is another style that is inspired by the watercolor painting. Without the black lines, it is a unique way of expressing statement in an artistic manner.

These mixed-media delights are filled to the brim with meta excellence. By using body art to imitate paint, today’s ink aficionados are propelling the industry into unprecedented territory. The results are exquisitely inventive and uniformly urbane. 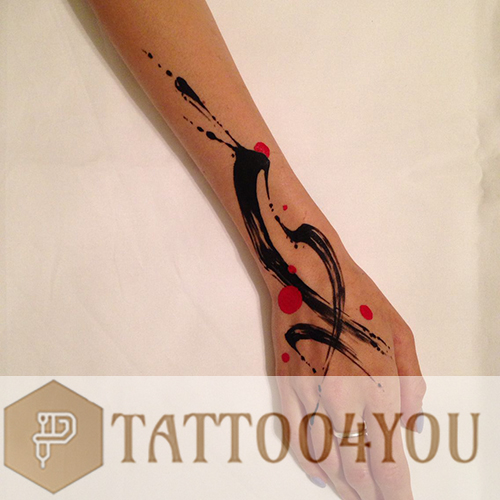 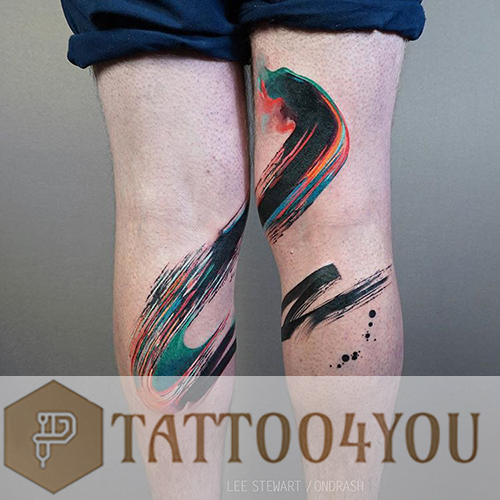 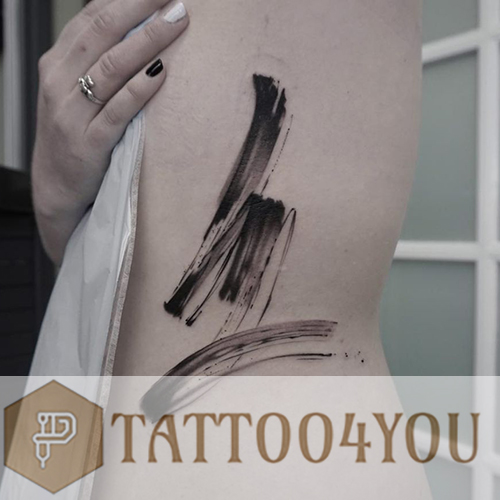 Every brush stroke tattoo carries visceral attractiveness, especially since the faux application cannot be differentiated from actual paint without an incredibly keen eye. While plenty of these illustrations capture a randomly oriented streak of color, many connoisseurs are evolving the genre by concocting dashing silhouettes. Black ink is the favored medium for these wild masterpieces, but other hues are quickly gaining momentum too.

Another approach to brush stroke ink involves remaking Asian insignias. Calligraphy is ravishing in this form, particularly when you choose a poignant character from Japan or China. Fiery dragons are sometimes summoned from the loose motions.

The history of design

The brush stroke style tattoo has been around for a while now but isn’t really given much attention because at first glance, it’s very similar to blackwork and people often opt for the free-flowing feel and toned down palette of watercolour tattoos. But brush stroke tattoos also possess the well-loved ‘traditional art’ vibe of watercolour tattoos. 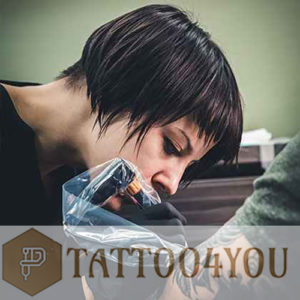 Lee Stewart is a tattoo artist who is widely credited for starting this trend. She created a style that emulated the visual texture of a paintbrush being swept along the canvas. Stewart’s style was heavily influenced by both the East Asian style of ink wash paintings and the street art of Berlin. This is still a relatively unknown trend but it is expected to take off. It is a highly stylized and unique approach to the tattoo industry that it can certainly bring a fresh spin. Stewart may have been a pioneer for this style of tattooing, but she has inspired numerous other tattoo artists to craft these amazingly tattoos.

Stewart got her start in Estonia, where she was coached traditionally in the technical aspects of tattooing. She began honing her craft in 2007, a time when Eastern European tattoo aesthetics were rooted primarily in what Stewart describes as, “tribal designs and the strong traditions of Slavic criminal tattooing.”

During her time as an apprentice, she studied the flow of the human body and the anatomical importance of placement. Stewart tells The Creators Project her goal is, “not simply to reproduce an appearance of a subject onto the skin, but rather to create custom designs that capture an expressionistic spirit of the subject.”

People are admiring the unique and stylized aesthetics, loving the intricate details it offers, creating something so simplistic yet stunning. If you felt that the harsh outlines and coloring of traditional tattoos weren’t for you, this is a delicate style that is perfect for anyone. These can be as masculine and as feminine as you want it to be. There are seemingly endless options for your artwork when you choose this type of tattoo work. Brushstroke tattoo types are a stunning choice.

While there are numerous artists that dabble in brush stroke tattoo designs, London-based artist Lee Stewart works exclusively in the style—favoring black and grey ink.

Abstract work is a great challenge of perfecting composition with balance of weight and depth, and making the flow of the piece match and compliment the general build and curvatures of the body at hand, so that the right parts of the body can be accentuated.

Form flattering tattoos will become alive, when the person moves the limb, that the tattoo is placed on. The piece is no longer an inanimate interpretation of a figurative subject: it breathes, moves and follows the person it’s on.

As an homage to this rapidly growing realm of body art, we have assembled a daring collection that epitomizes the intensity of brush stroke tattoos! Take a look: