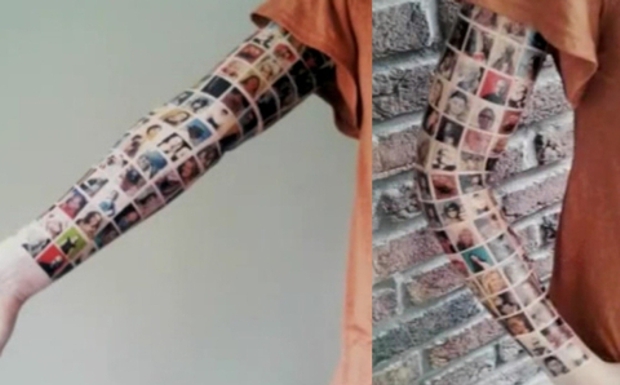 This video is called My Social Tattoo . It is alleged that a certain girl from the Netherlands under the nickname susyj87 in two weeks made herself a tattoo of 152 new avatars of her friends from the social network Facebook . The video in the first two weeks gathered almost two and a half million views.

At the end of the video, the tattoo parlor is modestly mentioned, where the ball was tattooed – Tattoo Dex and some souvenir office called Pretty Social , which does what can be avatars of all your Facebook friends on a t-shirt, bag, calendar, and so on. And it was on the Facebook page of this office that there was a link to the blog – Webina Page , where the arguments are given that this video is fake.

Secondly, let’s take a look at an example picture taken from the Facebook page of the souvenir office. 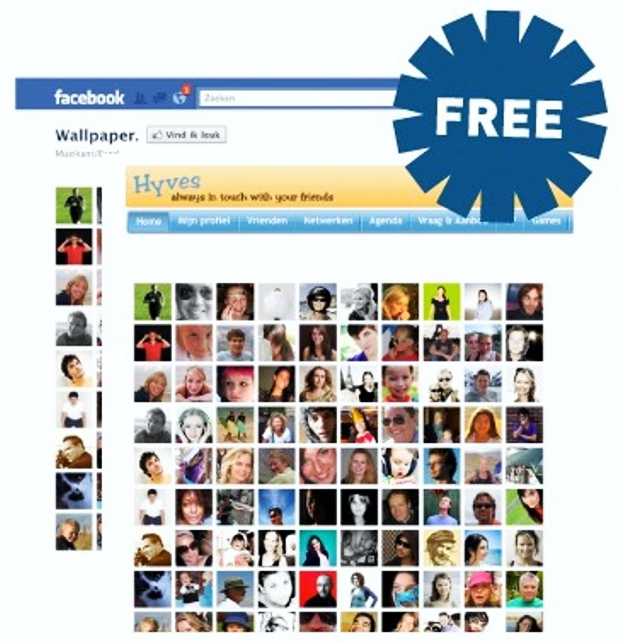 Thirdly, the avas from the previous picture are present on the hand of this girl. Of course, why not, but a very interesting coincidence. 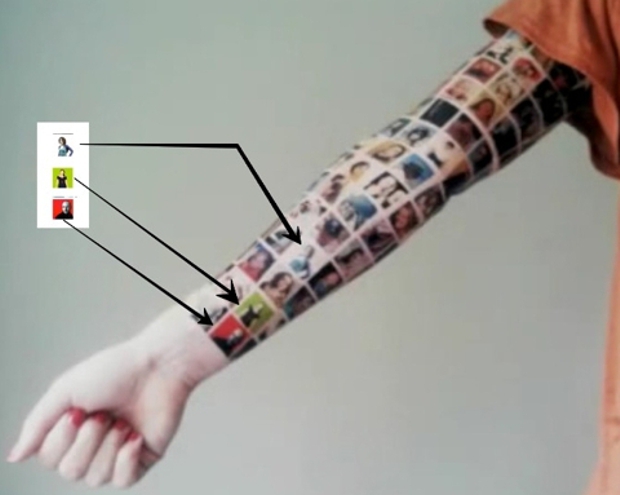 In the fourth and fifth – we look carefully. In this, if I may say so, tattooed avatars are repeated, and some are depicted with a mirror image. 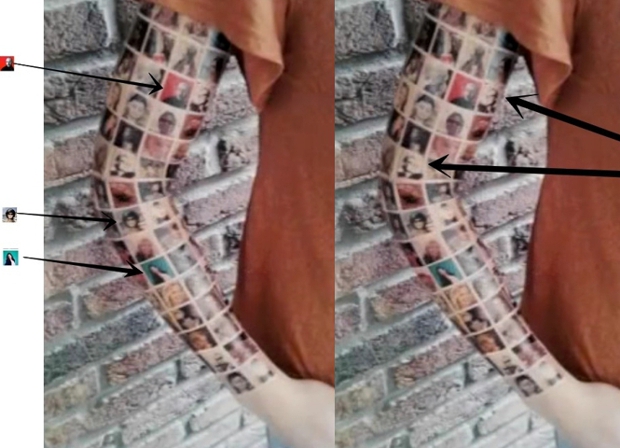 And for a snack, indirect evidence: despite the fact that the idea is very interesting, or where there are no normal photos of the work; the aforementioned girl could not be found; and as one tattoo artist said, “everything is too suspiciously evenly done . ” Therefore – the conclusion. Tattooing is a fake, and in front of us is a very well done viral advertisement.