The Philippine political opposition does not give rest to tattoos of representatives of higher authorities, especially on the eve of the elections. Local Navalny consider it their duty to regularly accuse anyone of having links with the drug mafia. In such accusations there are constantly tattoos of those who are imputed to this illegal business.

Once, the news space of the Philippines has already spread about the dragon tattoo on the back of Paolo Duterte , the vice-mayor of Davao and, part-time, the son of the current President Rodrigo Duterte . Then the journalists claimed that the Paolo Duterte contains a certain secret code, which indisputably proves that the president’s son is a large mafia .

Paolo Duterte refused to appeal to the call to be exposed to the press in order to demonstrate his tattoo, referring to the principles of privacy. I must say that the vice-mayor is really a fan of tattoo art and wears on himself several, including large-scale, tattoos. As a result, as always happens in such cases: they made some noise and forgot. But such a scenario unfolded again. 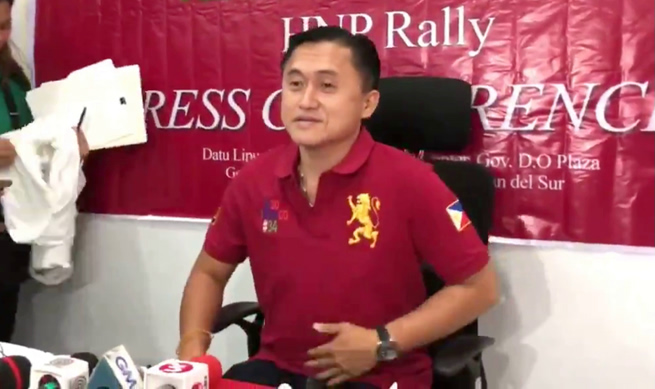 A former assistant to the Filipino president named Bong Guo participates in elections, the victory in which guarantees him a place of senator. On the eve of the vote in YouTube, a video appeared investigating his alleged criminal activities related to drug trafficking. As in the case of Paolo Duterte , the journalists argued that the indisputable proof of their correctness is a tattoo on the back, which integrates the secret bank account number, which stores all the illegal profits of Bong Guo . 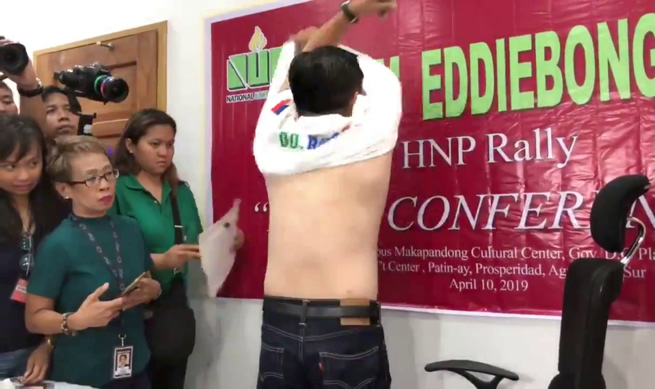 A candidate for the Philippine Senate convened a press conference, where he pointedly took off his T-shirt, showing his back to others. In addition to the traces of the cans with which Bong Guo recently regained his health, there was nothing on his back.

“The day will come and you will meet your karma ,” Bong Guo addressed the creator of this video. “ Why aren’t you here?” Why don’t you reveal your identity? All this is nothing but an example of dirty propaganda. Today, it’s so easy to make a video, write a story and give a damn wide publicity. I think that you yourself are involved in drug trafficking, and you have suffered from our efforts to combat them. Time will put everything in its place . ”