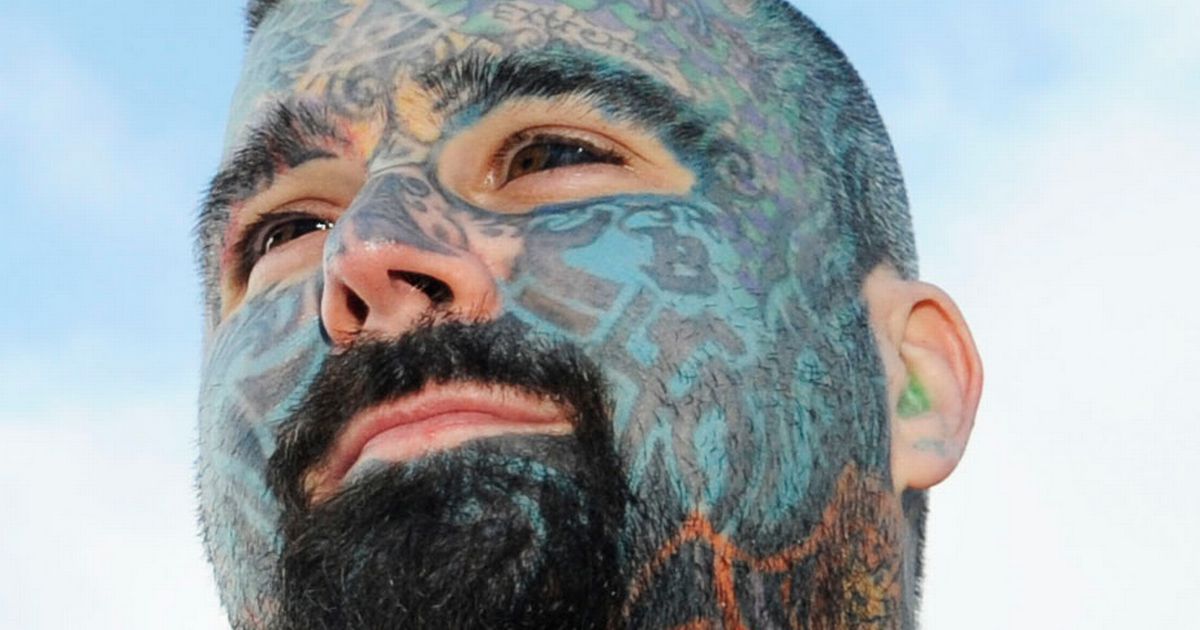 The UK’s most tattooed man has urged for the man who removed his nipples not to be jailed. Body Art, whose full name is King of Ink Land King Body Art The Extreme Ink-Ite, had the procedure performed by Brendan McCarthy so his skin would be smoother to tattoo. McCarthy now faces jail after admitting three offences of GBH related to procedures carried out at Dr Evil’s Body Modification Emporium in Wolverhampton. But Mr Art, formally known as Mathew Whelan, refused to give a statement to West Midlands Police against McArthy and has warned that making him a criminal will drive the body modification scene underground. Speaking to the Mirror, he said: “Brendan is being treated very very unfairly, like a sort of test case.

“People have been on TV doing extreme operations, branding, cutting – but now apparently it is illegal. “A conviction like this will drive body modders underground, a lot of people don’t even want to share stories about it. “They won’t talk about it but it will still happen because this community exists.

“It’s (already) having an ostrich effect, people putting their heads in the sand and pretending it doesn’t happen. “It will happen. Charging him with GBH was wrong.” The 39-year-old has defended McCarthy.

He told the Mirror that the tattooist, who was first arrested in 2017, talked him out of a body modification procedure. He said: “(McCarthy) said he wouldn’t cut my toe off, that it would have ruined my balance. “I knew which toe I wanted but he said that wouldn’t have been good. “I thought about it, I researched it and I realised it wasn’t for me.”

He also questioned the actions of the police to arrest McCarthy. “Why didn’t the council or the police tell him to stop practising while they looked into it, rather than making him a criminal? “I’ve not had a crime committed against me, I challenged them (the police) approaching me and put in a complaint against (them), that was rejected. “I contacted victims of crime because I’m legally deemed a victim of crime, they’ve got a helpline.

“I wanted to see how they could help me get the law reformed but they kept passing me round in circles.” But the 39-year-old has planned on applying for victims of crime compensation. “I’ve applied for criminal compensation, there is a possibility I could get money by being deemed one of his victims. If I am awarded money, I will donate that to a mental health charity, should he not be jailed. “If he is jailed there’ll be a crowdfunder for him and I’ll donate it to that.”