Woman, 20, ‘could have died’ after cheap tattoo left her unable to feel her arm 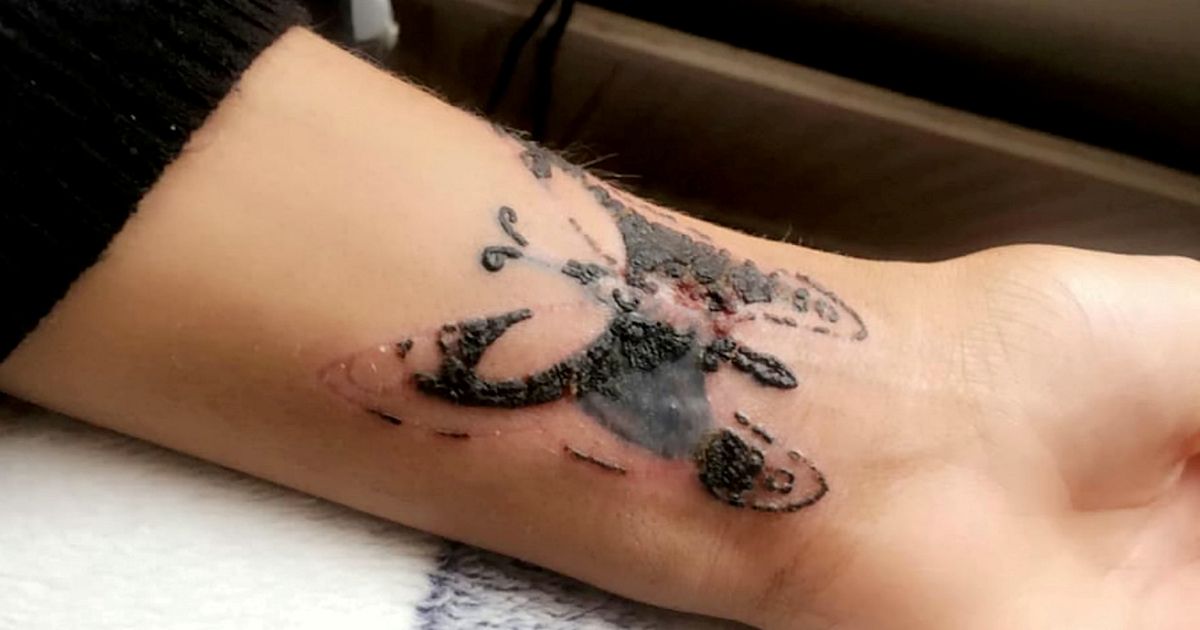 A young woman has told how she ‘could have died’ after a visit to an unlicensed tattoo artist left with her with life-threatening infection and a permanent scar. Nancy Anderson, 20, paid to have a cheap butterfly image tattooed on her left wrist after being told that her favourite licensed, high street studio was fully-booked. But the following day she woke and could not feel her arm which had become seriously infected by the bodged tattoo. After calling her GP she went straight to hospital where she was told she had a serious life-threatening infection which needed urgent treatment. She needed six immediate antibiotic drips to treat a festering hole in her wrist.

Nancy from Wickford, Essex, said: “It’s not worth the risk just to save some money. “I’ve been left with permanent scars and I don’t think any professional will be able to fix it.” She added; “I was being really impatient, and wanted it done then. “All my friends said I could get it done by this man at his house. “So I messaged him and he said to come over that day. “I got there on Sunday at 5pm and he started doing my tattoo. “I immediately knew something was wrong, it was really painful- like excruciating.”

Nancy has six other tattoos on her body, and has compared the experience usually as “just like pins and needles”. She said: “This was just horrible, I had to get him to stop as it was so bad.” But the unlicensed artist did not cover any surfaces with cling film, which is a key part of the tattooing process to avoid infection. She said “Every time I’ve had a tattoo in the past, they always covered everything in cling film but he just put tissue on top. When I asked him for cling film he said it wasn’t necessary.” “I didn’t leave until 10pm – a tattoo that size should not have taken that long.”

The next day, Nancy woke up and couldn’t feel her arm. She said: “I was immediately put on six different drips in my arm which they said was infected and they needed to stop it reaching my heart. “Where my hand was so swollen, I was told it was stopping my blood circulating and I had to be kept in overnight.” Now, Nancy wants to warn people about choosing cut-price tattoo artists that disregard health and safety. She said “I felt nervous about going to someone’s house but I thought it would be fine. ” “Now I completely regret it and will never do it again.” To become a licensed tattoo artist you do not have to be trained, but do have to register themselves and their place of work with a local authority.