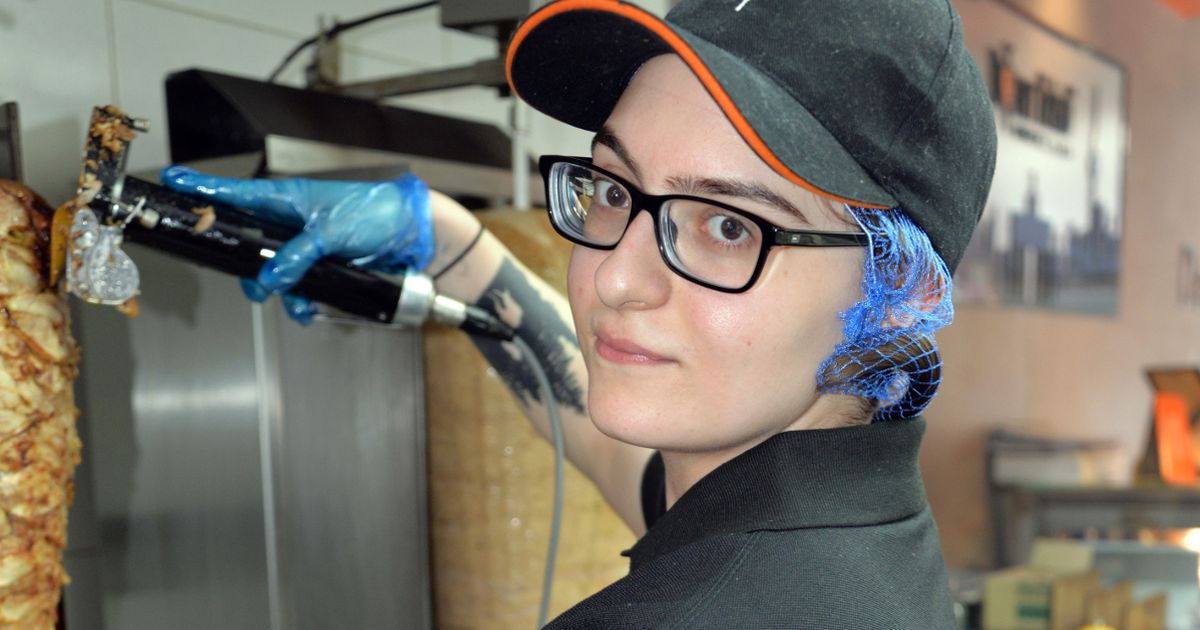 A woman has earned herself the name ‘Kebab Lady’ after getting a huge tattoo of one on her arm — even though she doesn’t really like them. Shana Laquisha Smith decided to get a picture of a donor on her left tricep as a permannt tribute to the two years she’s spent working at the fast food chain German Doner Kebab. The 19-year-old is leaving her job at the Croydon branch in August to join the Army, but wanted something to remind her of her time there. Shana, from Streatham, London, described the hour she spent getting the £80 tattoo as «quite relaxing». She said: “It wasn’t painful, I almost fell asleep.

“I just saw the logo and said to my boss that I really wanted to get something to remember this place, she didn’t think it was a good idea, but she knows I’m crazy. “I’ve made a real family working here at GDK and wanted to get the tattoo to have something to remember everyone by. «People thought it was a crazy idea and that I was going to regret it but once I got it everybody loved it.

“GDK has been the best place to work so I’m sad to be leaving but excited to join the army.» However Shana admits she doesn’t actually like kebabs and would much rather order a different takeaway after a night out. She said: “I’m not even really a fan of kebabs, I prefer a McDonalds. If you’re working around it all day you don’t really want it.

«I have one more tattoo of a wolf barking at the moon and that’s my favourite.” Shana will be leaving GDK to begin training as an infantry soldier in the army and is hoping to be based closed to home in central London. Daniel Bunce, UK Managing Director of GDK, said: “It’s an unusual but great compliment that our employee decided to get this tattoo as a way of remembering her time working with us at GDK.”