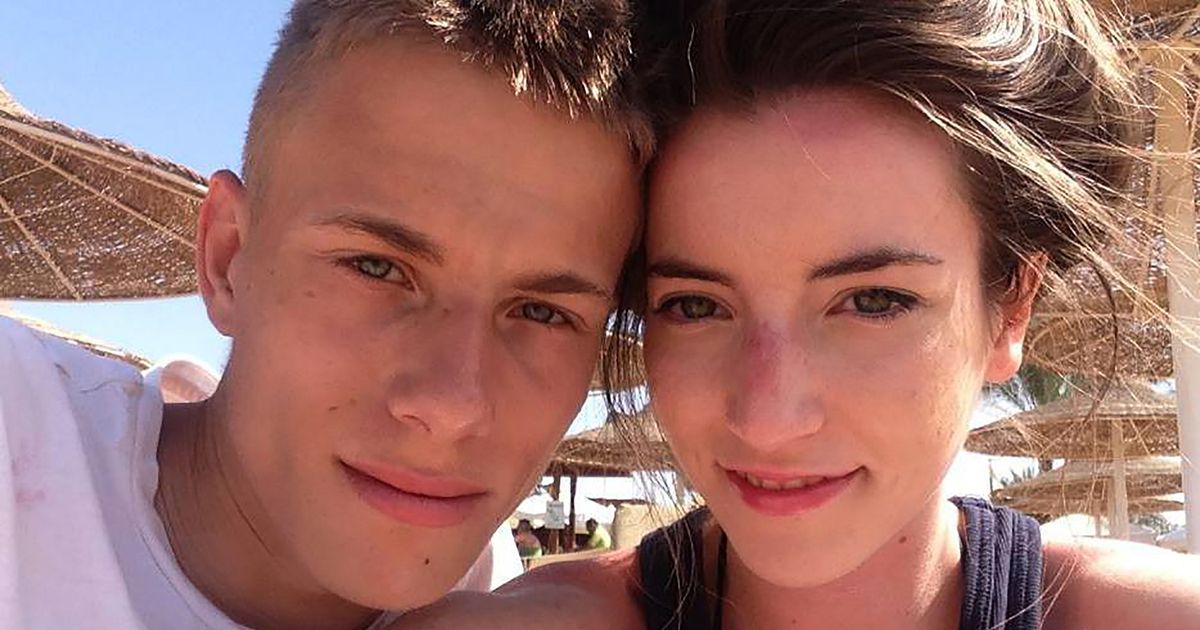 A man ‘ten days from death’ after his abusive girlfriend assaulted him in a string of attacks and turned their home into a bloodbath has had a poignant tattoo inked on his arm to show he’s a ‘survivor’. Alex Skeel, 23, was attacked by Jordan Worth, also 23, over the course of their relationship until he finally came clean to police about the cause of his horrendous injuries. Worth used a knife, hammer and boiling water to inflict pain on the man she claimed to love. She denied him food, broke his phone, kept him isolated from friends and family and even him told what to wear, a court later heard.

Alex, from Stewartby in Bedfordshire, was blinded by love and the torment he endured is the subject of a BBC documentary called Abused By My Girlfriend which airs tonight on BBC One. His heartbroken grandfather, Gerald Cockings, admitted the programme “was one of the hardest things to watch”. But he added: “I’m so pleased he came out of this and has found the will power to share his story and let other men know it’s okay to admit what’s going on.” Mr Cockings has also revealed Alex has since got a poignant tattoo inked on his arm to cover up his ex partner’s name and the date they began their relationship.

Gone is the faded black ink bearing the name ‘Jordan’ along with a heart and ‘3-6-12’ which has now been replaced by half of a tiger’s face, with a striking amber coloured eye to represent Alex being a domestic abuse survior. Mr Cockings shared the photo and said: “He is doing well, as being a survivor he has had a tattoo cover done of The Eye of the Tiger. I am a surviver.” The Eye of the Tiger, the song by band Survivor, is best known for being the training song for the Rocky movies. It signifies overcoming adversity. Mr Cockings also posted a photograph of Alex on holiday last year, standing on rocks next to the sea with his arms stretched out. He wrote: “I’m free.”

Bedfordshire Police described Alex’s abuse as one of the most extreme cases of domestic violence they had ever dealt with. In hospital, doctors examined his body and told him that he was just ten days away from death.  Alex, who was not allowed to get treatment for his wounds and has since had several operations on his brain, head and hands, has spoken out to encourage other men to come forward and not suffer in silence. Last April, Worth was sentenced to seven-and-a-half years in prison. She became the first female in the UK to be convicted of coercive and controlling behaviour.

Recalling the catalogue of abuse, Alex told MailOnline : “I thought my limbs might have to be amputated, I had open burns. “I lost three stone in weight. I went from 10 stone down to seven. It was awful. It was three years of mental abuse and then it turned physical. “It started off small with punches and things like that and gradually it got worse with things like hammers, bottles and bits of wood. “Then it became knives and boiling water.” Luton Crown Court was told Worth and Alex met at college in 2012 when they were both 16. From an early stage she had control over him. They went on to have a son and daughter together.

Describing how one attack unfolded, Alex said: “We would just be up all night and she would wait with boiling water and if it went cold she would just go and reboil it. “I was backed into a corner upstairs in the study room she lifted the whole lid up and just threw it. I screamed. “A couple of days after that she had a bread knife on her and I tried to run off and this hand was cut across. “It was in the middle of the night. I was trying to stop her getting in the bathroom because I’d had enough. “I stood on the toilet and she went to go for my head. She started panicking a little bit. I just remembered sitting there and we tied it up with a football sock or something, tied it up really tightly.

“The next next thing the police knock on the door.” Sgt Ed Finn was one of the officers who had answered the 999 call and describes how Worth calmly answered the door telling him: ‘There’s been a problem, Alex has hurt himself’. Sgt Finn said: “She let us in and we went upstairs. At the top of the stairs Alex was sat with a towel around his arm and just blood everywhere.” Worth claimed to police that Alex suffered from a medical condition that caused him to have ’bouts of self harm’ and that he had used a large knife to cut his wrists.

The police left and Alex went to hospital. But the abuse continued. Less than 24 hours later Sgt Finn came back on shift and tried to track Alex down because “something about it just didn’t feel right”. Days later another domestic disturbance call to Alex’s address came across the radio and Sgt Finn attended. Alex said: “We were just shouting and arguing and the next think there was a police car outside and I opened the door and it was Ed standing there with a really nice smile on his face.” Alex eventually admitted what had been happening and Worth was driven to the police station to be questioned. “I don’t have a clue what her motivation was,” Alex said.

“I thought it was normal because I’d never had a girlfriend before. The physical went on for nine months and the psychological abuse was about four years. “It just got worse and worse to the point where I think I would have died.” He added: “The hospital told me I was 10 days away from death. “You’re far more of a person if you speak out. “You’re only going to get better if you talk about it.” Abused By My Girlfriend is available on BBC iPlayer now.